More than 2.6 million people from all over the world marched in solidarity last Saturday. I was only one. Mary and Ed made three, a dozen friends from Louisville brought the number up to 15, added to the other 500,000+ in Washington, D.C. plus 2.1 million marchers who took part in 673 marches in all 50 states and 32 countries. That's 2.6 million strong – sending an powerful message of resistance to any curtailment of rights for women and minorities. Can you hear us now?

What a day it was. Full of energy, kindnesses, and peaceful activism. For the first time since the election, I sensed hope spreading from every corner and every face into every heart.

We took the Amtrak train from Baltimore's Penn Station into D.C.'s Union Station. Both stations were a sea of pussyhats: pink, knit, many handmade, the perfect comeback to Trump's red caps.

Emerging from the D.C. station we were immediately swept into an orderly flow of arrivals, all headed toward Independence Avenue; the Capitol building emerging to our left, draped in U.S. flags. At the sidewalk edges, vendors hawked bottled water, pretzels, and pink hats. Many marchers carried signs which provided entertainment all day long. My favorite?


SO BAD, EVEN INTROVERTS ARE HERE. 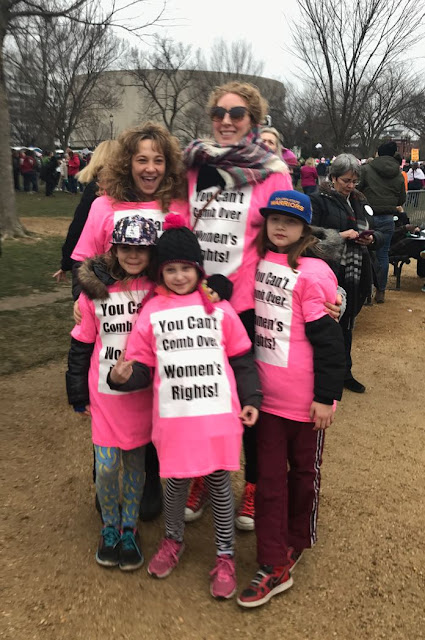 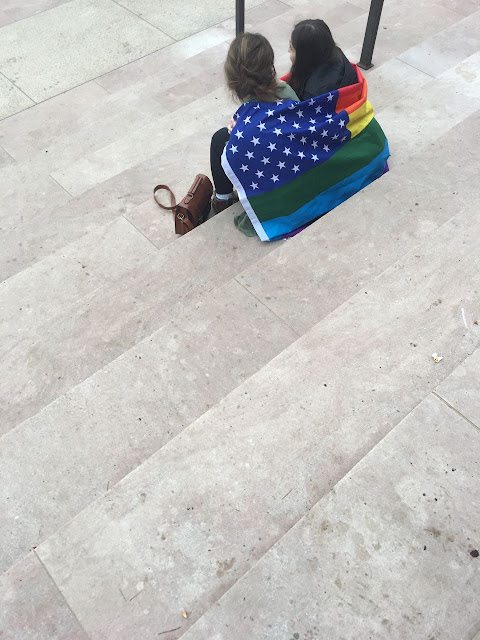 I couldn't have asked for a better big birthday weekend. I was still smiling when we got back home on Monday. Then I made the mistake of turning on the news: the dismantling of Affordable Care Act, attacks on the media, alternative facts, no release of tax returns, an investigation into imaginary voter fraud, nepotism, the 1900-mile-long wall, immigration enforcement, moving of U.S. embassy to Jerusalem, defunding of sanctuary cities, EPA gag orders, the restarting of the Keystone XL and the Dakota Access pipelines. The list goes on...

But guess what? We'll be right there, resisting all the craziness. You will be hearing us now and every day for the next four years, every time human rights are being violated. We are 2.6 million strong, and growing by the moment. No disputing those figures!
Posted by Debbie Galloway at 5:07 PM No comments:

This past weekend, we played host to Cousin Johathan's family, who had travelled to Louisville for a party at Cousin Glenda's house: a combined celebration of Jonathan and Becky's marriage, a welcome to the newly blended family, and a shower for the baby girl joining them this spring. While Glenda got ready for the party, we got to enjoy spending the morning here at Farm Dover with Nathan, Julia, Nyah and Pacey and parents, Jonathan and Becky.

Nathan and Julia felt right at home as they visit us every summer as part of their "Grandma Camp." (Click here for photos from 2013, 2014, 2015, 2016.) They were anxious to show their new brother and sister around: the upstairs pool table, the porch ping-pong table, the cottage, garden and trails. Even though it was a rainy morning, they cheerfully went for a slushy hike through the woods and around the pond.

Nyah, age 8, mentioned that she likes to write and wanted someday to write a blog. I offered to turn over my blog to her as a guest writer and she took me up on her offer.

We had a blast, but don't take my word for it. Here's what Nyah had to say:

My first experience of Farm Dover was awesome!  There were so many fun things to do there like cooking, hiking, playing pool, and much more.  Even though it was raining, that did not stop Debbie and Ed from making the trip the best time ever!  Talking and the Talent Show are just the right things to entertain everyone at the wonderful Farm Dover." 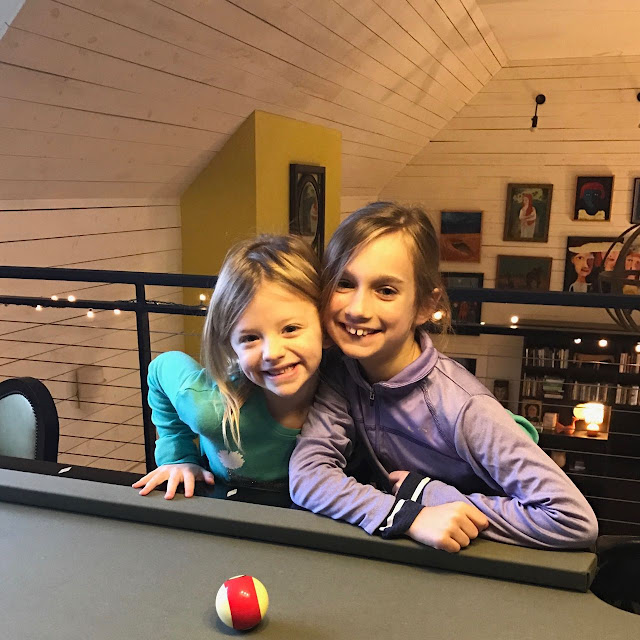 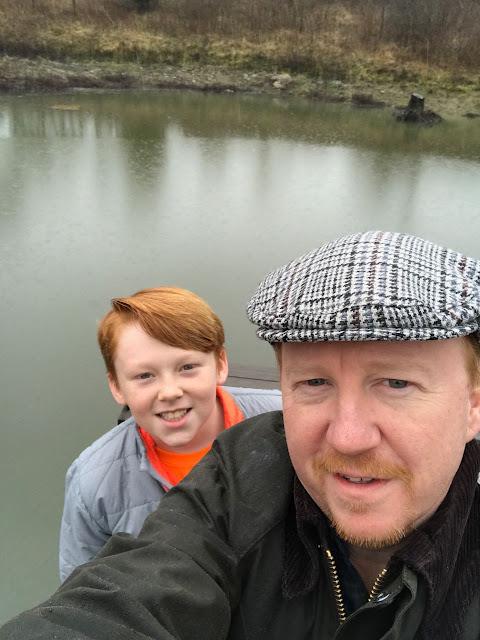 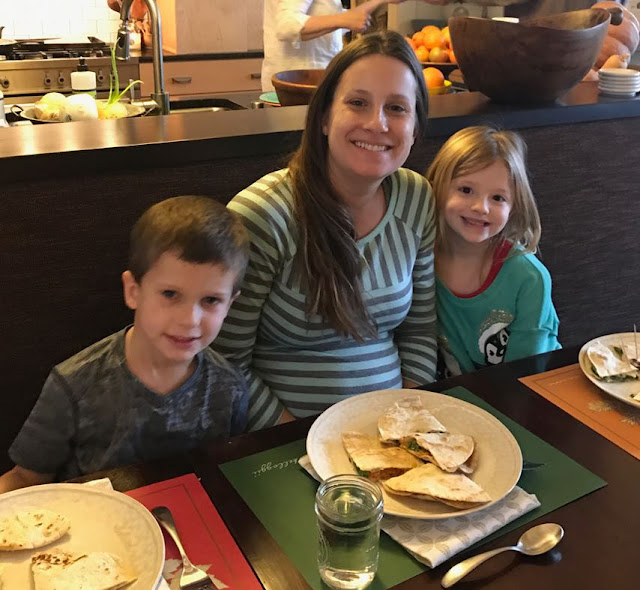 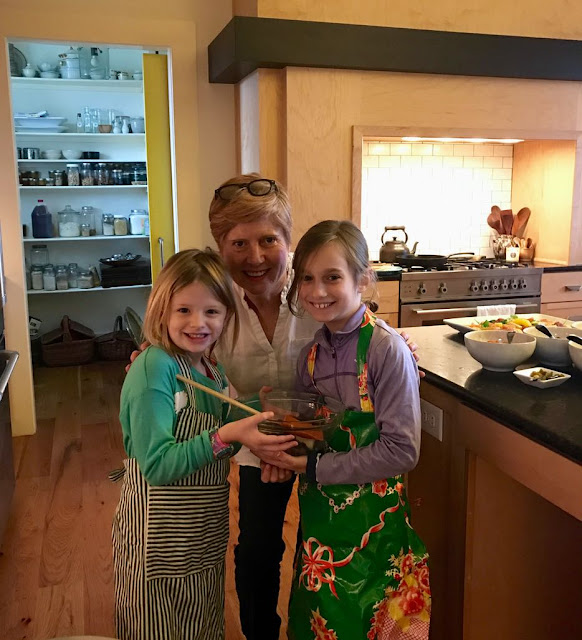 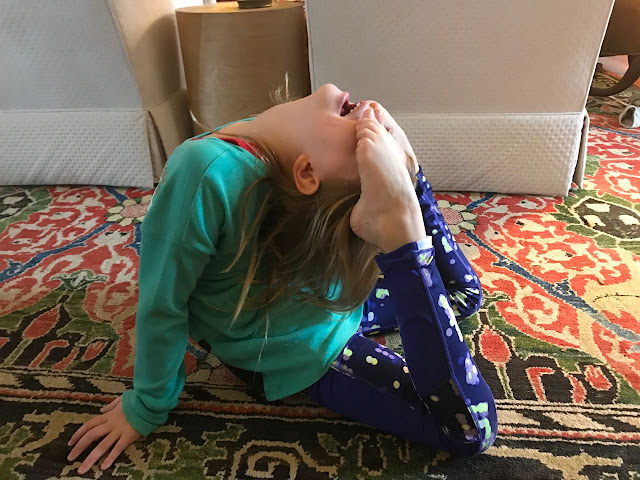 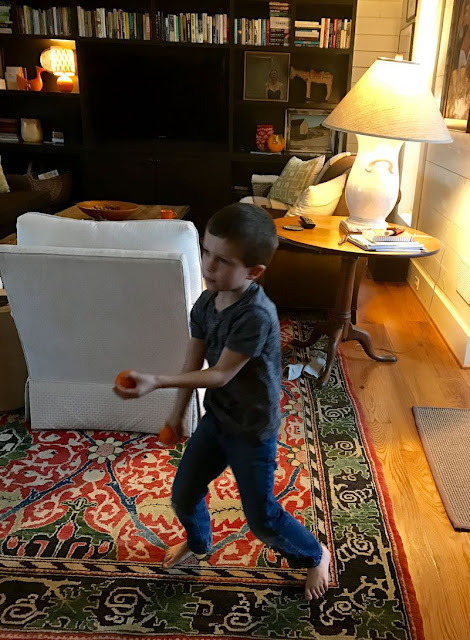 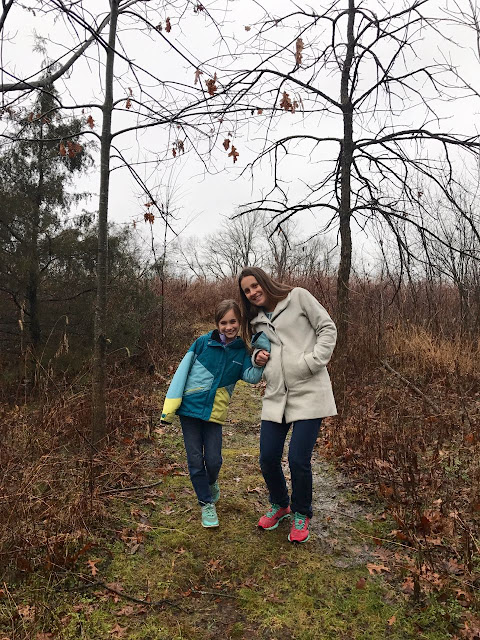 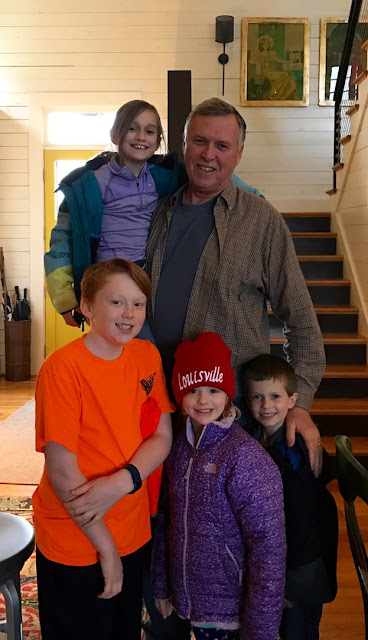 Thank you Nyah for writing this post. Ed and I hope you and your siblings visit us again -- perhaps the sun will be shining next time. Much love...
Posted by Debbie Galloway at 2:58 PM No comments:

Taking stock of what matters

Another birthday is rapidly approaching. It's a big one -- and I'm happy to have it. Last year I wrote about my fear of turning into a tomboy. This year, I proclaim that I'm also turning into a late-in-life protester.

Ed and I are traveling to Baltimore for my birthday weekend. Daughter Mary is coming down from NYC by train. We are celebrating Friday night with some friends at my all-time favorite restaurant: Woodberry Kitchen. Then on Saturday morning, the three of us are taking the train to Washington D.C. to join with hundreds of thousands of other outraged Americans to peacefully protest for social justice and equal rights for all.

Those of you who know me know that I don't like to rock the boat. For 60 years, I've shied away from confrontation. I like everyone to be nice. Usually, when someone is behaving badly, I bite my tongue and look away. Or, if it is me that they are not being nice to, I get my feelings hurt and pout. But on rare occasions, my red-headed fiery temper flares and then you better watch out. Just ask my kids or husband.

Most times when my temper shows itself, it is because I believe that the rude person is not being kind, or respectful, fair, or inclusive. In other words, they deserve it.

Dr. Martin Luther King, perhaps our country's most famous protester, once said, "Our lives begin to end the day we become silent about things that matter." So, as I turn 60, I've taken stock of what really matters to me; and I will no longer be silent.