Thanksgiving may well be my favorite holiday. No gifts, no special decorations, a day (or two) spent puttering in the kitchen, gathering around the table with my beloveds, being filled with gratitude for the abundance in our lives. All good stuff(ing). Plus there are the leftovers.... 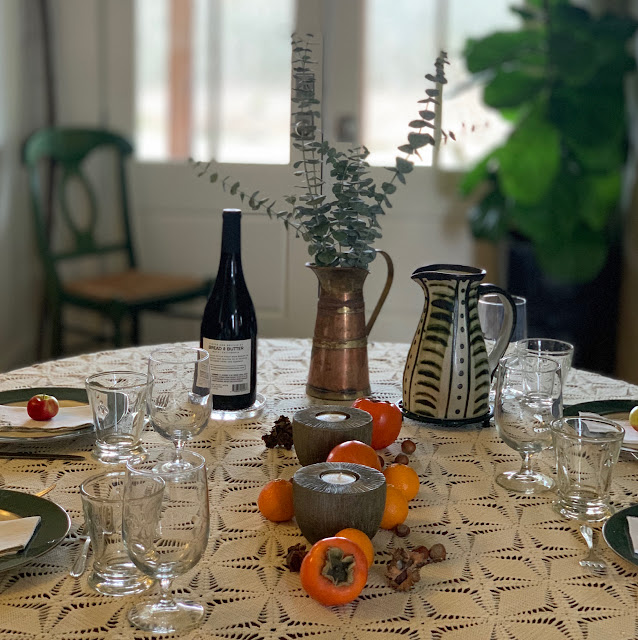 I will admit that the traditional menu doesn't really send me. It just seems a bit too – I don't know – traditional? But I can't imagine changing it up much; I think there would be a riot at the table. So every year, I make the usual: turkey, dressing (two kinds), mashed turnips/potatoes, sweet potatoes, green beans, homemade gravy, some kind of green salad, and pies. The more pies, the better.

And every year, I offer something new -- just to keep me on my game and keep my family in a state of wonder.

First, I made a batch of cranberry shrub, based on David Lebovitz's recipe, and turned it into a festive cocktail with the addition of a jigger of vodka, a few shakes of orange bitters, a splash of orange liquor, topped with some ice and seltzer water. The shrub – even without alcohol – was lovely when mixed with some bubble water.  The cider vinegar taste comes through strongly; I found it refreshing, and sipped on it all afternoon while putting the finishing touches on our meal. 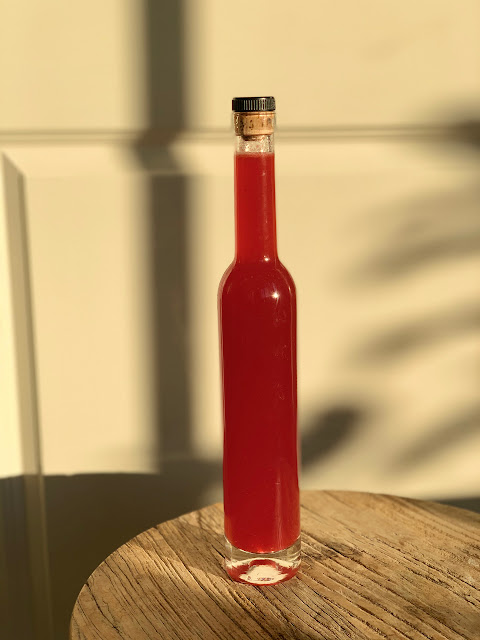 The second new thing: A couple of hours before we sat down to our feast, I served up small cups of creamy chestnut soup with cheese crackers.  The chestnuts were foraged from our Chinese Chestnut trees, four of which line the drive up near the house. I roasted them in my oven, but just as easily could have roasted them – as the song says – over an open fire. If you don't happen to have any chestnut trees handy, you can buy a bag of fresh chestnuts at Whole Foods in the produce section or, you can skip the whole roasting and peeling experience and buy a jar of steamed chestnuts. 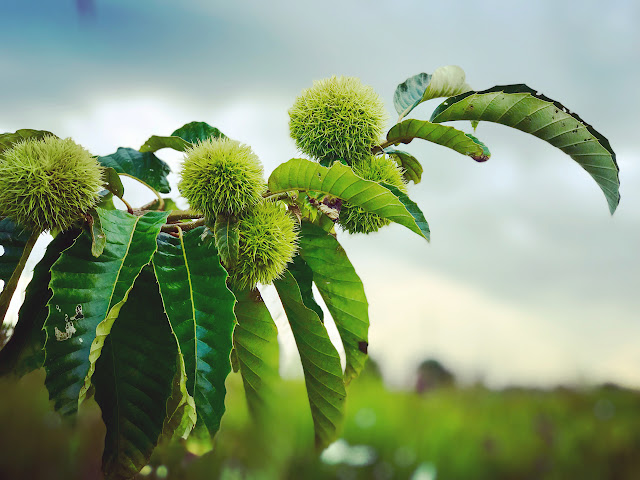 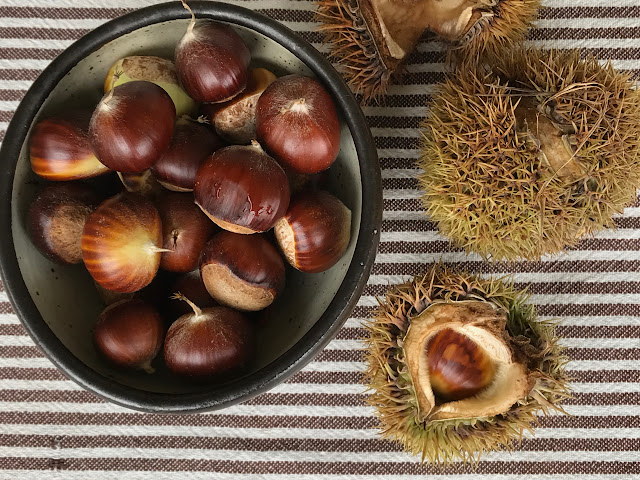 Once roasted and peeled, the soup easily comes together. It features shiitake mushrooms (in addition to the chestnuts), lending it a sweet and earthy flavor. So good, I'm planning a repeat appearance at  Christmastime.

And the final new thing at our table this year was: Hazel! Technically, she was here last year, but she was only two weeks old. We spent the entire meal passing her around, barely noticing the turkey and all the fixings. 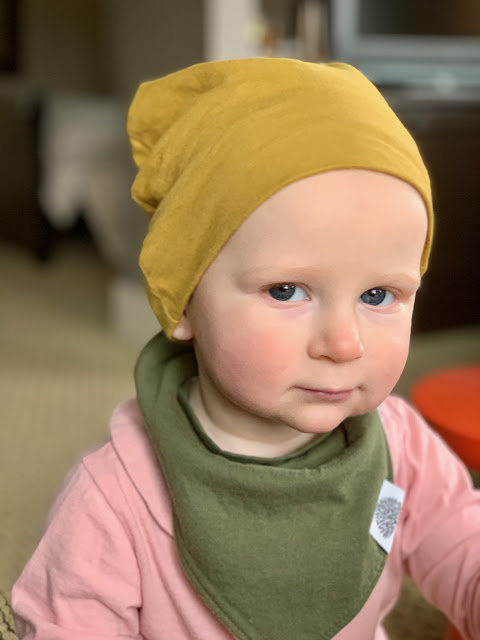 Just so I have a record of the recipes that I used this year, here's the menu and some links.

Last weekend Ed and I attended a celebration of marriage at Crescent Hill Baptist Church. I tend to get teary-eyed at weddings and this one was no exception. 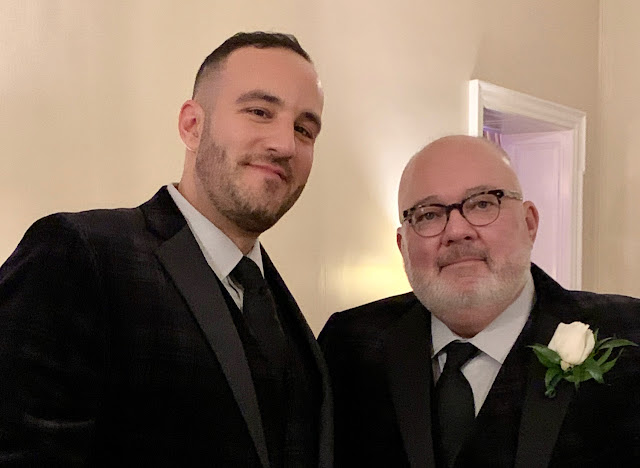 The couple has been together for seven years, mostly via a transatlantic relationship. Finally, they were able to officially make declarations of their love, exchange vows and rings and be pronounced husband and husband. I cried.

Ed and I were honored to attend this service and to watch them joyfully recess to My Old Kentucky Home, with trumpet and organ fanfare. Afterward we celebrated with supper and a cabaret at the Pendennis Club in downtown Louisville.


Often I am embarrassed by my state for its conservative attitudes on a number of political or moral issues. But last Saturday, I witnessed progress.

Paraphrasing the officiant:
We are gathered here today to witness and celebrate the union of a gay Christian man to his long-time Muslim partner at a Baptist Church in Kentucky.

Wishing Steve and Sam every happiness as they begin their married life together.
Posted by Debbie Galloway at 2:34 PM No comments: