Things were hopping – no, make that jamming – around the farm today. Friends Karen and Ken were up with the sun and on their way over to teach me how to make strawberry jam – with a stop first at the Bardstown Road farmers’ market for two flats of perfectly ripe berries.
It was a beautiful summer morning. Karen and I worked out on the porch to cap the berries while Ken set up his outdoor propane three-burner stove that we used for sterilizing jars and lids and giving the bottled jam a final boil. Inside in the kitchen we simmered the berries and honey/agave to turn the concoction into ruby red jam.
After canning 18 jars each, we took a lunch break: quinoa salad, with homemade toasted bread and strawberry jam, followed by, what else but...strawberry shortcake for dessert.

After lunch, Ed took a tour around the backyard on our new zero-turn mower. We are pretending that those weeds are our lawn. 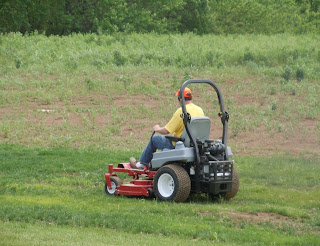 Here are a couple of photos I wanted to share from earlier in the week...

Life is good.
Posted by Debbie Galloway at 12:32 PM No comments:

Debbie mentioned previously that we visited the Antietam battlefield on our way to pick Mary up from school.  The battlefield site is rich and gently rolling farmland surrounded by the low green mountains of Western Maryland, one of the prettiest places anywhere.
Today this quiet place echoes with what happened there nearly 150 years ago.  In an area not too much bigger than our little place in Shelby County, on a warm September morning, two armies met –- 120,000 men -- determined to destroy each other.
At daylight, boys like our own loaded their muskets, fixed their bayonets, strapped on their packs and at someone’s order, stood up and walked into hell.  In a few short hours 12,000 of them were dead.  From their defensive positions like the sunken road, Confederates mowed down the Union soldiers.  When the defenses were at last overwhelmed by the Federals’ numbers, it was the Confederates’ turn to be destroyed.  Survivors talked about dead lying in rows and stacked like cord wood. 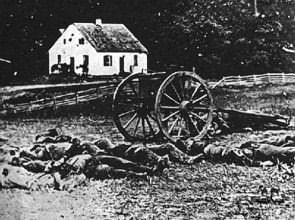 I think of that now in our peaceful little place where in the morning the loudest sounds are the birds.  It must have been like that at Antietam Creek before the soldiers got there, before peace was annihilated by madness.
No doubt it will happen again and again.
And so it goes.
Posted by Debbie Galloway at 3:36 PM No comments:

When Life Gives You Weeds...

Ed and I pull weeds every day for an hour or two. Just when we think we are making progress, we look around and realize that more have grown in that hour or two -- many more than we have pulled. So, just for today, I've decided that if I can't beat them, I'll join them. Or, if life gives me weeds, I'll make bouquets... 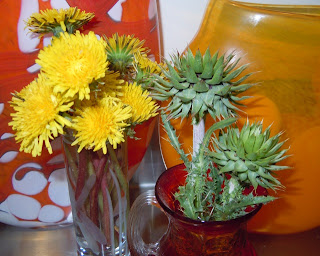 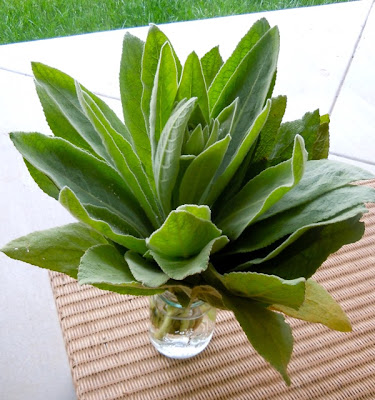 Posted by Debbie Galloway at 4:19 PM No comments:

Parenting: The Process is Not Over 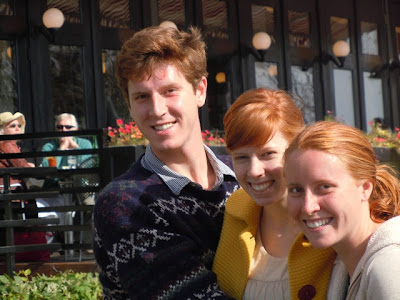 In some ways, our roles have switched. I’m gleaning more about farm life from Maggie than I could ever teach her. Mary's eye for design takes my breath away. Jack’s wanderlust is a reminder for me to embrace change and lifelong learning.
I am enormously proud of Maggie, Jack and Mary. They are turning out to be people who are making this earth more peaceable, more beautiful and more interesting. And they are each very good to their mom. What more could I want?
And Jack send me a musical Mother's Day greeting.
Posted by Debbie Galloway at 11:51 AM No comments:

On the road this first Saturday in May morning with a coffee, scone, Ed and Mary. Headed toward home.

Our road trip adventure began on Wednesday afternoon when Ed and I headed east on I-64 towards Baltimore to pick up our teenager-for-only-one-more-week, youngest daughter from the finish of her second year at MICA. We stopped for the night in Morgantown, WV, home of West Virginia Mountaineers and found one of those quintessential college-town hangouts for a beer and a burrito.

We had the whole next day to find our way over to Frederick, MD so we planned our first stop at Antietum National Battlefield where we spent a couple of hours recreating the sequence of  the bloodiest single-day battle in American history. It was disconcerting to wander the beautiful fields of 19th-century farms and realize that in September 1862 they were littered with 23,000 dead or wounded men. Maybe it was because it is Mother's Day weekend and I'm feeling especially sentimental toward my three children, but it made my heart ache to think of the carnage and calamity the Civil War (or any war, for that matter) caused. Those poor young soldiers, and their inconsolable mothers... 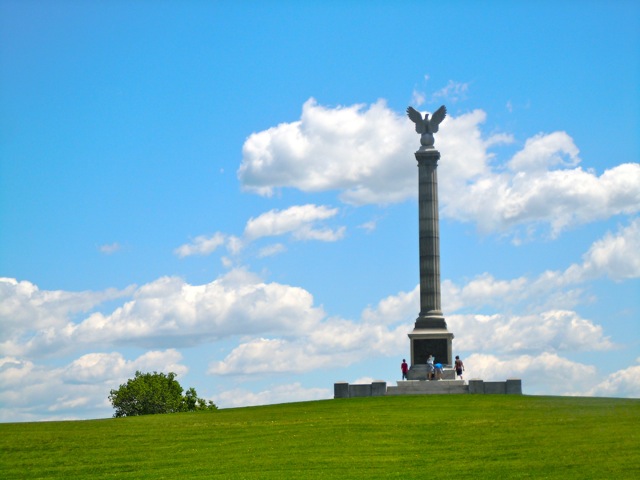 But onto happier thoughts...from there, we made our way over to Harpers Ferry, a tiny town situated at the confluence of the Potomac and Shenandoah rivers where the states of Maryland, Virginia and West Virginia meet. The town is best known for John Brown's raid on the Armory in 1859 and its role in the American Civil War, but today it is a sleepy little historic burg that didn't feel terribly touristy. With a vanilla-chocolate custard swirl cone in hand, we explored the river banks and the restored streets.

We spent the night in Frederick, just outside Baltimore and dined on soft shell crabs and crab cakes at "Maryland's Best Seafood Restaurant," May's Restaurant. The next morning we were reunited with Mary at the local coffee shop -- and it felt so good. We moved a van load of furniture into her apartment for next year before wandering around Fells Point. That evening,we feasted at The Helmand, Hamid Karzai's brother's afghanistan restaurant.

And so now our day will be spent in the car, headed home. We expect to open the cattle gate to our gravel drive just as the gate opens at Churchill Downs for the running of the 137th Kentucky Derby. May the sun shine bright on all.
Posted by Debbie Galloway at 7:13 PM No comments:

A Quick Look Around

Heath sent me an email today to see how we were settling in our new house. Heath worked with sister Julie and me to design the house. He now commutes to Chicago so has not seen the finished product. It occurred to me that I had never posted many photos of the inside of the house. So, for Heath, and for those of you who are just curious, here are some quick shots. Someday I'll take some "staged" shots that are magazine worthy, but for now, here's a look at how we really live.

So, that's the tour. If it ever quits raining, I'll shoot some outside shots.
Posted by Debbie Galloway at 6:38 PM No comments: