Catch me if you can

Seems like every year around this time I think up some way to reinvent myself. It is usually triggered by an approaching birthday, but this year I have moved my birthday celebration to July, so that can't be it.

Four years ago, I realized I was turning into a tomboy and was completely okay with that. Three years ago, I announced that I was planning to become a late-in-life protester. Last year, I attempted to transform myself into an artist, by declaring 2018 as the year I dipped my toe (or paintbrush) into making art.

Other than the tomboy year, I have not had much success with the transformations but continue to take baby steps toward fighting injustices, and occasionally make some quick pencil drawings.

Speaking of taking baby steps, that leads me to telling you about my latest reincarnation. I am trying to become a runner – well, maybe not a runner – but rather a slow jogger. 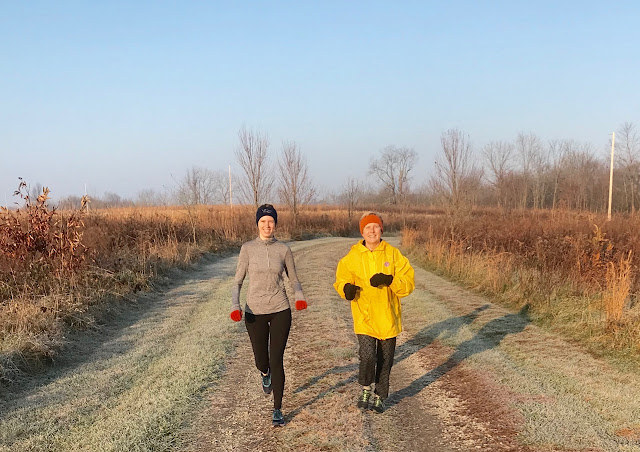 It all started last October. While out on my daily walk around the farm, I recognized that Ed and I were supposed to go hiking later in the month in North Carolina. Ironman Ed can hike a long way, up a steep mountain, without so much as a huff or a puff. I, on the other hand, start huffing and puffing just thinking about it. I decided that I had two weeks to improve my lung capacity and so took off at a quick jog. I only went 50 paces before I had to stop. It was embarrassing.

The next day, I ran 100 steps; the following day, 150. By the end of the two weeks, I could run the length of our half-mile drive. I was feeling pretty good about it. 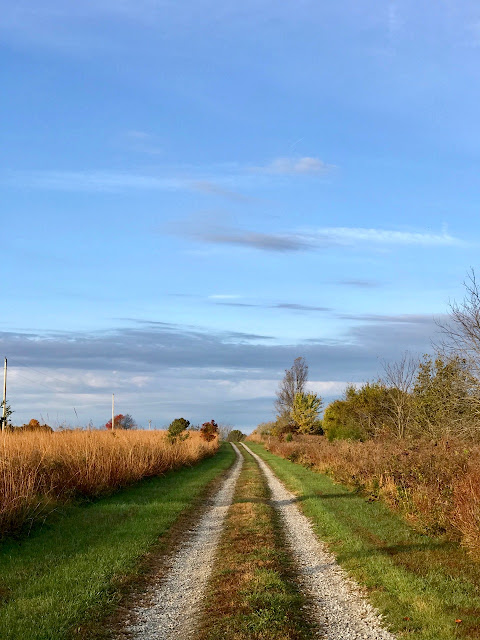 Since then, I have gone out for a run nearly every day. Over Thanksgiving Mary ran with me, and over Christmas, Jack was my running partner. Mary suggested that I download a Nike app that tracks my runs, both the length and the time per mile. Slowly I've worked up to about two miles, with embarrassing slow times.

I'm not interested in becoming a marathoner, but I would like to keep running. It gets me up and out on these cold mornings and I'm always glad I've done it once I am back home.

Most days I take a plastic bag with me and pick up trash along Dover Road. Turns out, there is an actual terms for this activity: plogging, a combination of the words plucking and jogging. Plogging is quickly becoming the hottest fitness trend, but I just thought it was the right things to do. I am astounded by the amount of beer bottles, styrofoam cups, chewing tobacco cans, and fast-food bags that get tossed. What is wrong with these litterbugs? Surely their mothers taught them better. 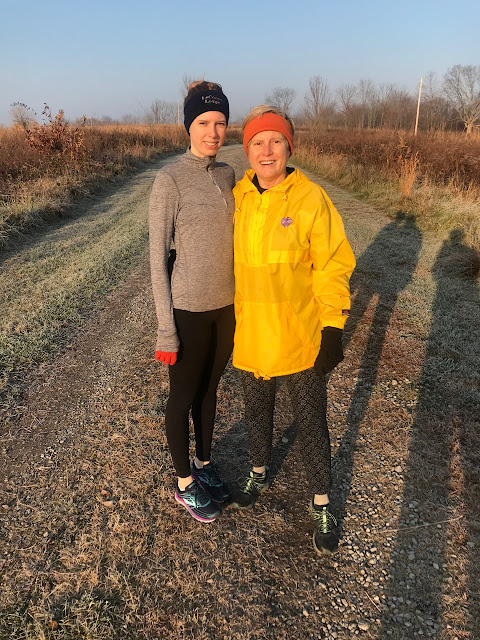 In any event, Dover Road is periodically cleaner while I'm getting ever-so-slightly fitter. And who knows? Maybe I'll sign up for a 5k this spring. Catch me if you can...

Posted by Debbie Galloway at 5:17 PM No comments: