I don't know of anyone personally who would think it would be fun to drive for 20 days covering 3,514 miles, up the northeast coast, park their car at the end of the road, and hike out to the tip of the Gaspe´Peninsula in the province of Quebec, in the country of Canada, in late September. (See T on route map.)

Well, maybe our three grown children would; but that’s it. No one else in his/her right mind would do it. But Ed and I did it today. (I’m not saying we are in our right minds.) And now it's early evening and I’m sitting around our campfire waiting for foil-wrapped corn-on-the cob to cook and writing to tell you we did it, and it was absolutely worth it. 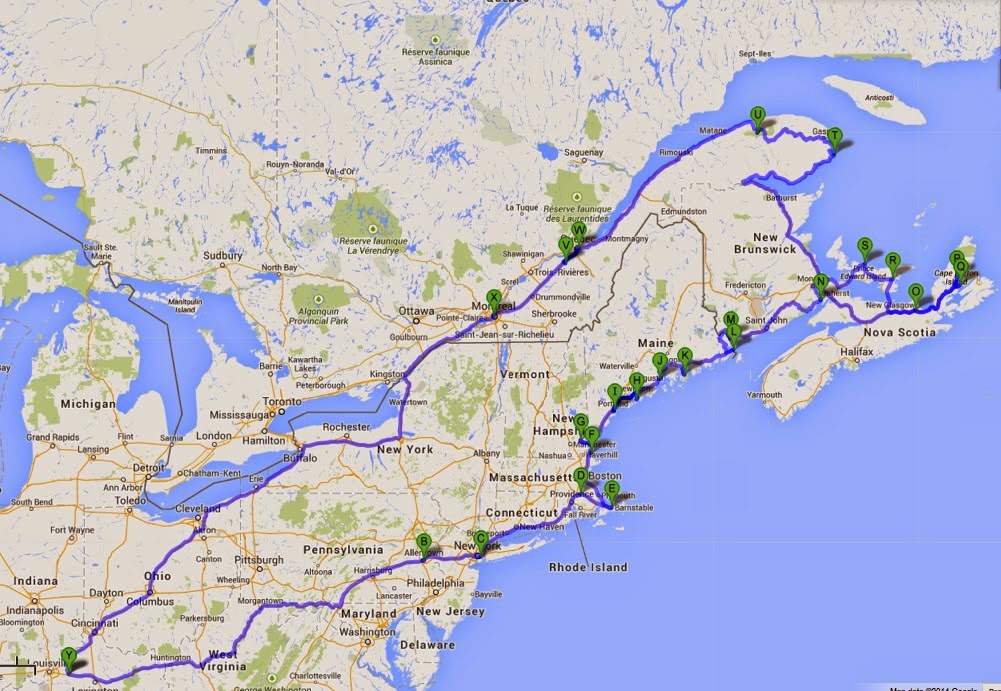 We left the town of Perce´this morning, stopped for picnic food and camp dinner in the town of Gaspe, entered the Forillon National Park and had our choice of camp sites –- as we were practically the only ones camping tonight. We packed our lunch in Ed’s backpack; piled on extra shirts, fingerless gloves, hats and our windbreakers; and drove to the end of the road. We hiked a couple of miles out to the end point, that was marked with a lighthouse and a bronze marker noting that we had arrived at the end of the International Appalachian Trail. 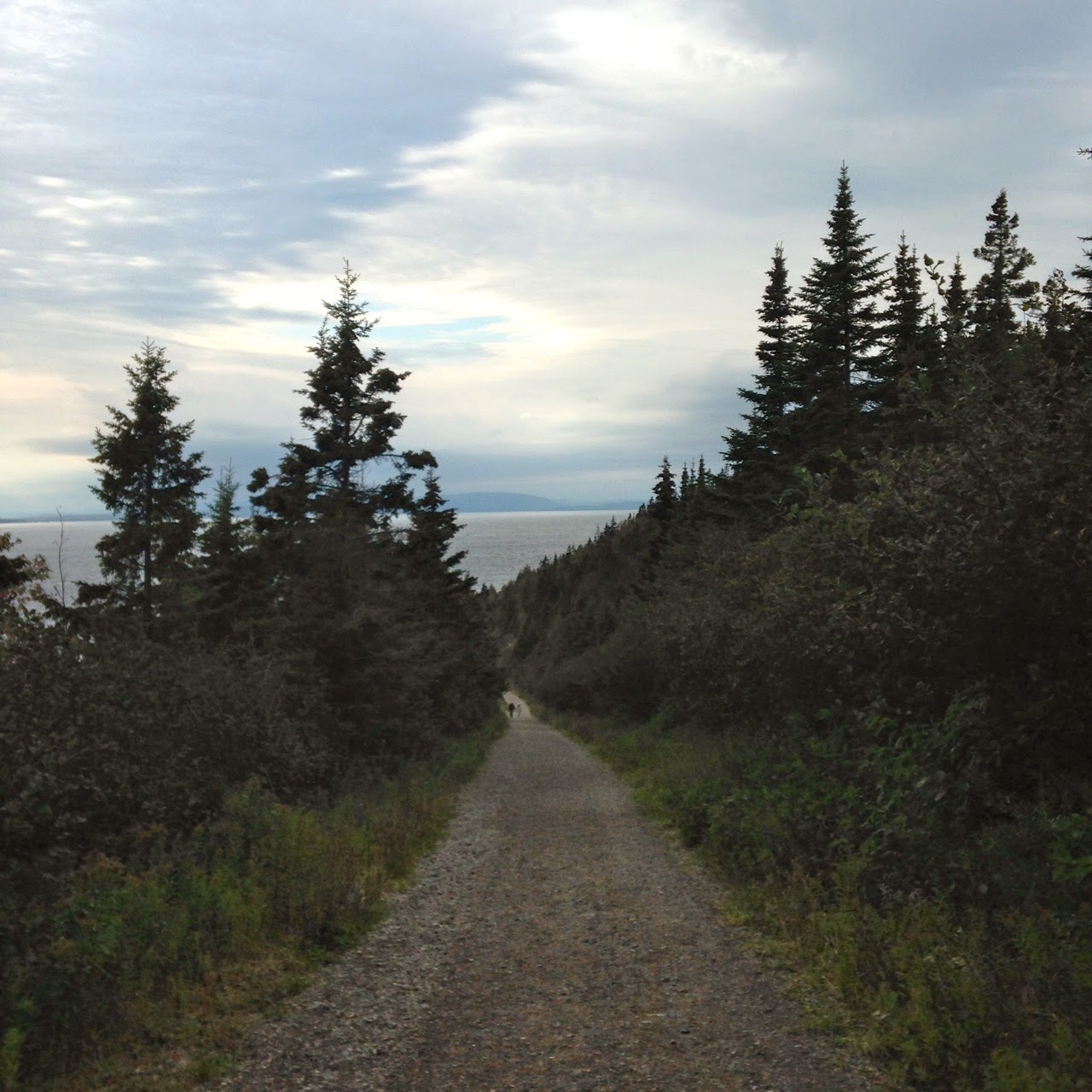 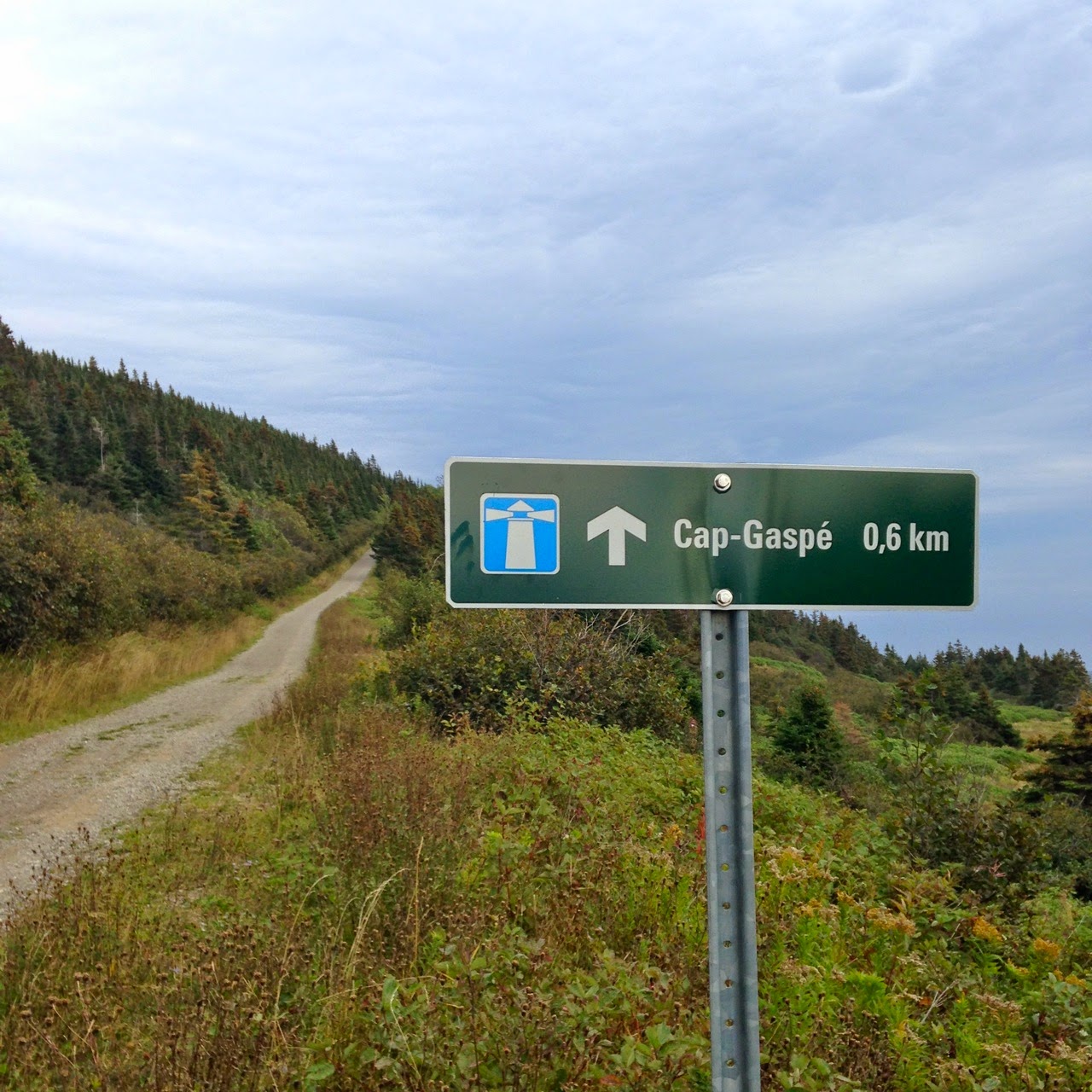 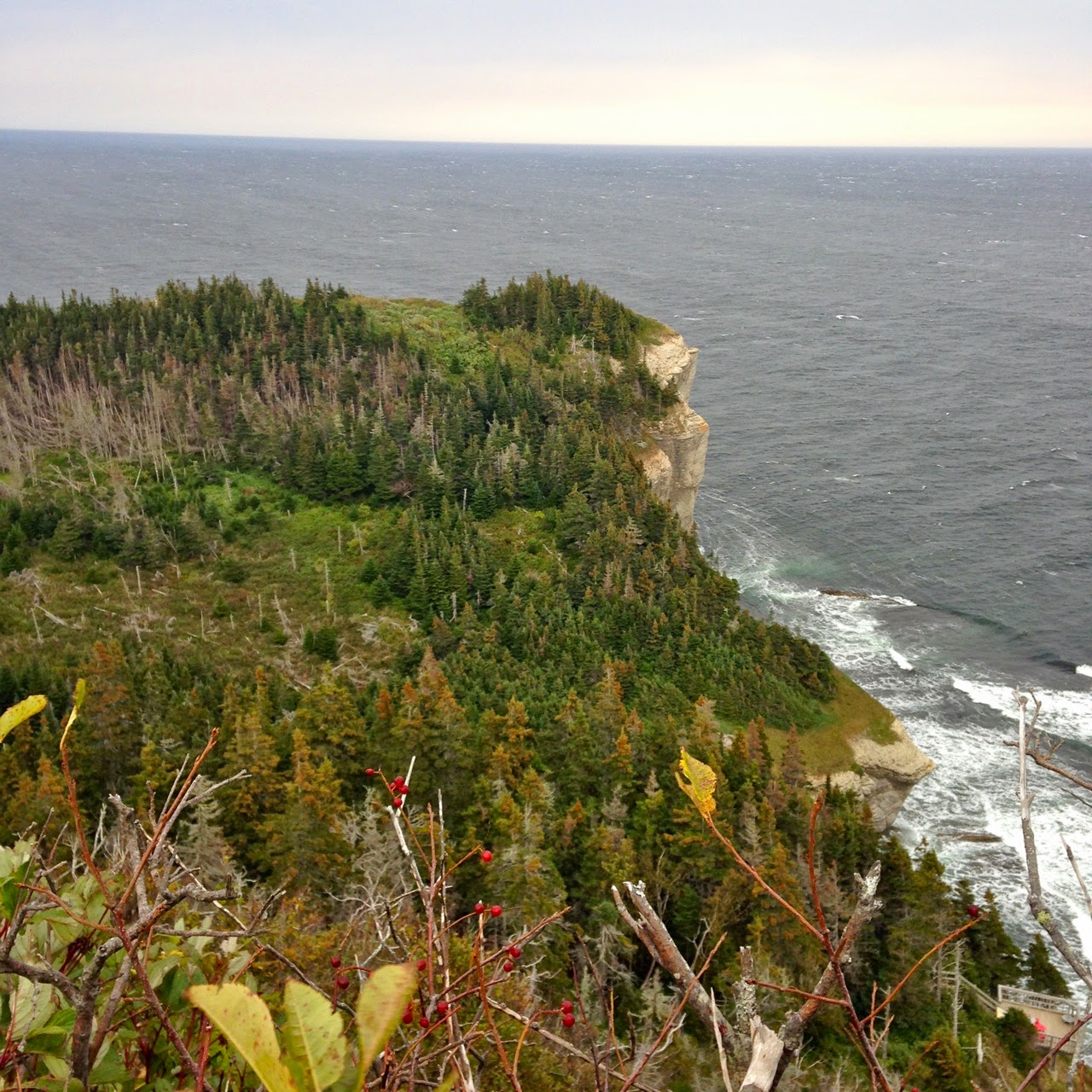 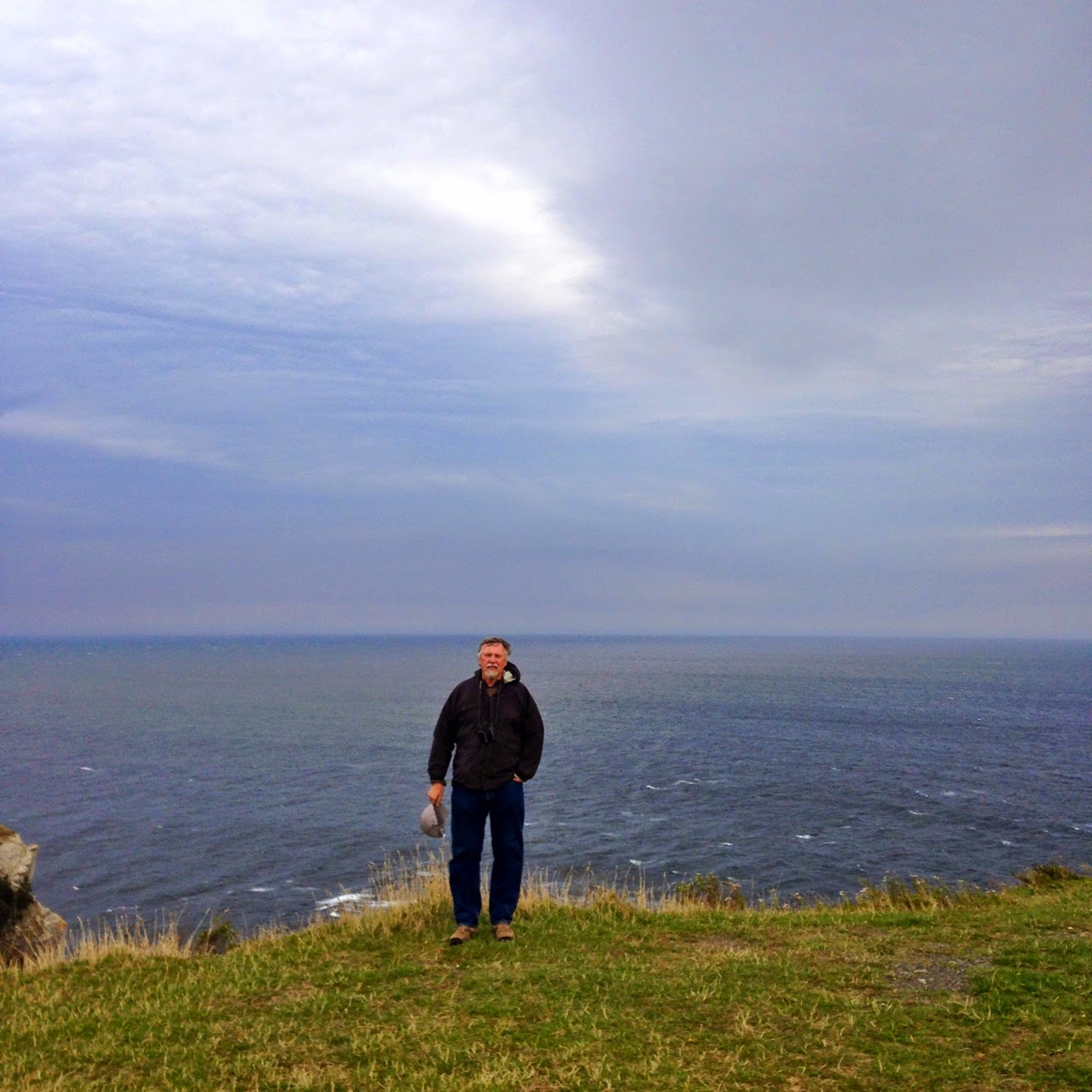 The wind was blowing so hard that we took refuge in the foghorn house, a part of the lighthouse operation. We ate our picnic lunch in that small unlocked wooden cabin at the end of land. 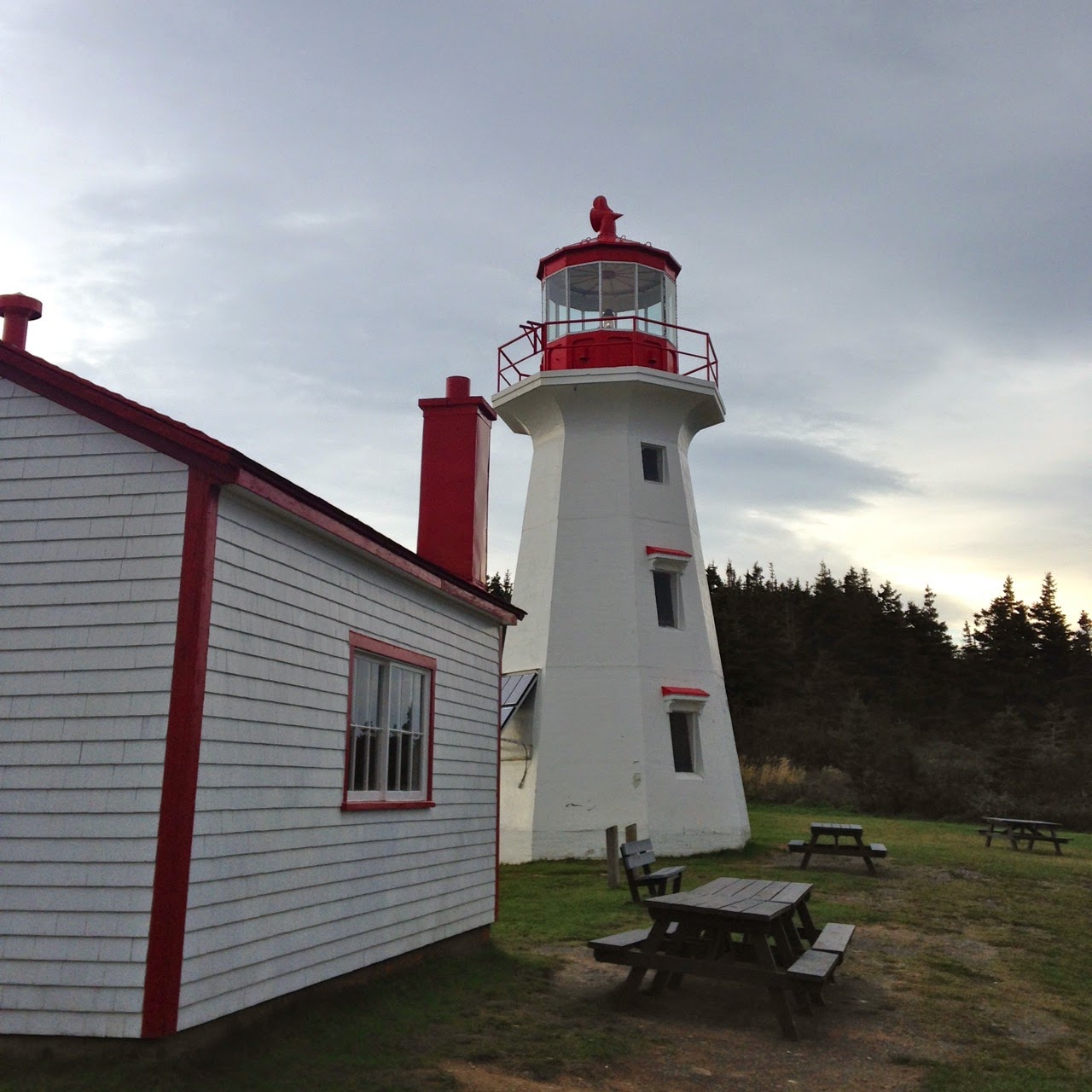 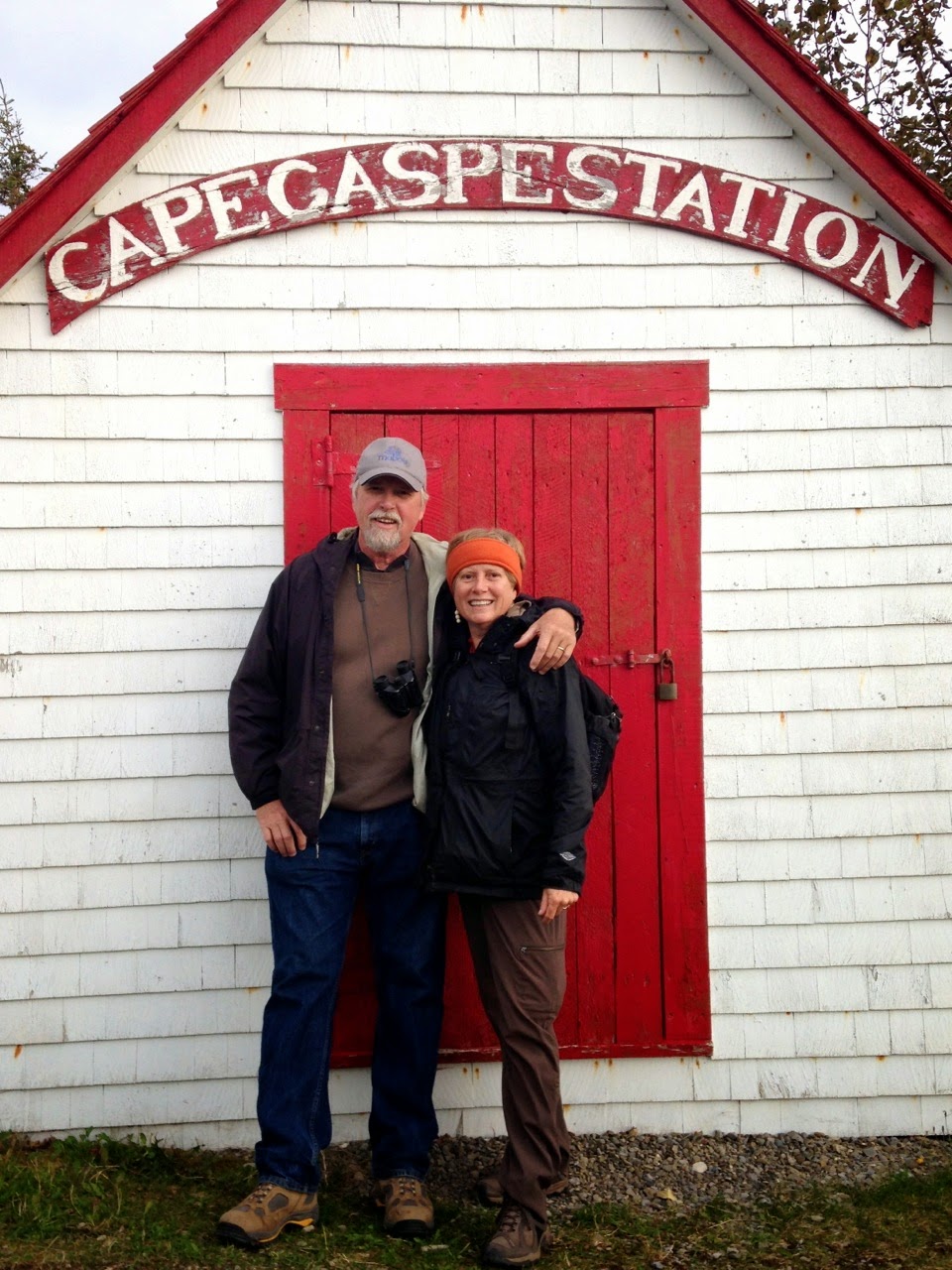 So, to back up a bit, this is the ultimate stop in our epic car trip, which started back in August and will end at the end of September. In just under 30 days, we will have made our way through eight states and four provinces. Tomorrow, our 21st day, will find us turning back toward home, stopping in Quebec City and Montreal on the way.

By the end of our trip, we will have tent camped seven nights, stopped at roadside motels or chain inns seven nights, boarded in bed & breakfast inns or small hotels seven nights, crashed at a friend’s house one night, and splurged on fancy hotels five nights. We will have driven a total of 5114 miles and done laundry twice.

For meals, we cook over campfires, picnic at the end of hiking trails, stand in a long line for the world’s best lobster rolls, eat at seafood shacks and top-rated restaurants. (We eat more french fries than I though humanly possible.)

Other than a hotel in St. Stephens in New Brunswick and one in Quebec City, we are travelling without lodging reservations, or making them through Hotwire as we get close to a town we where we want to stop for the night. Every morning, we wake up and decide what we want to do that day and how far we want to drive.

Good luck is following us. The weather has been spectacular; our Subaru rolled past 100,000 miles without so much as a “check engine” light; we pulled up to the ferry just as it was leaving Nova Scotia for Prince Edward Island and they waved us on board; we found live traditional music in many of the Atlantic Provinces towns and somehow always scored tickets to the sold out performances. We ran into friends from home at the end of a long hike in Acadia. The raccoons could not figure out how to take the plastic lid off our camping supplies. We actually saw whales on a whale sight-seeing expedition. I lost my phone, but then found it. We have met friendly people who gave us unfailingly good advice about hikes to take, restaurants to try, places to stay.

This trip is a bit of a stretch for us. We will have driven further than we have ever driven. We will visit places we had never seen. Often, we are the only English-speaking people around. We will be away from home longer than we have ever been. We go days without cell phones or Internet. But, you know what?

It is so worth it.


Posted by Debbie Galloway at 9:10 PM No comments:

We've been away from home for a month. There is grass to cut, weeds to pull, laundry to do, camping gear to clean up, mail to open, bills to pay, etc., etc.

So how do we spend our day? We head to the LaGrange Farmers Market to wander around, then slip into the LaGrange Coffee Roasters for a latte, drive up to Starview Nursery for a look around, then head cross country to the tiny town of Pleasantville to check out a new cafe for lunch, stop by Mulbery Orchards for some apples and cider, head home, but first stop to marvel at the clouds and an old barn full of tobacco.

Yep, you can call us irresponsible – throw in undependable, too – and we won't disagree... 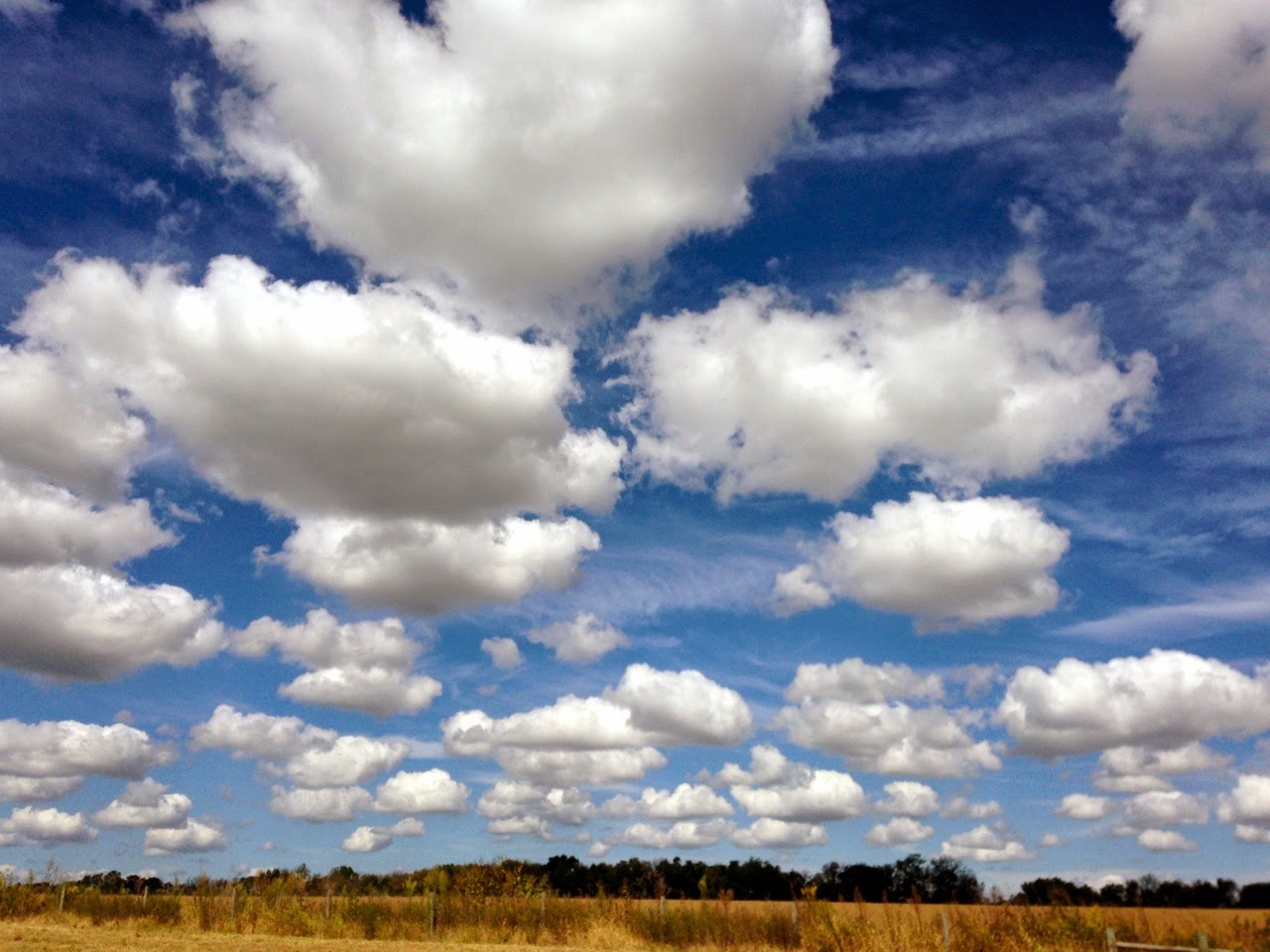 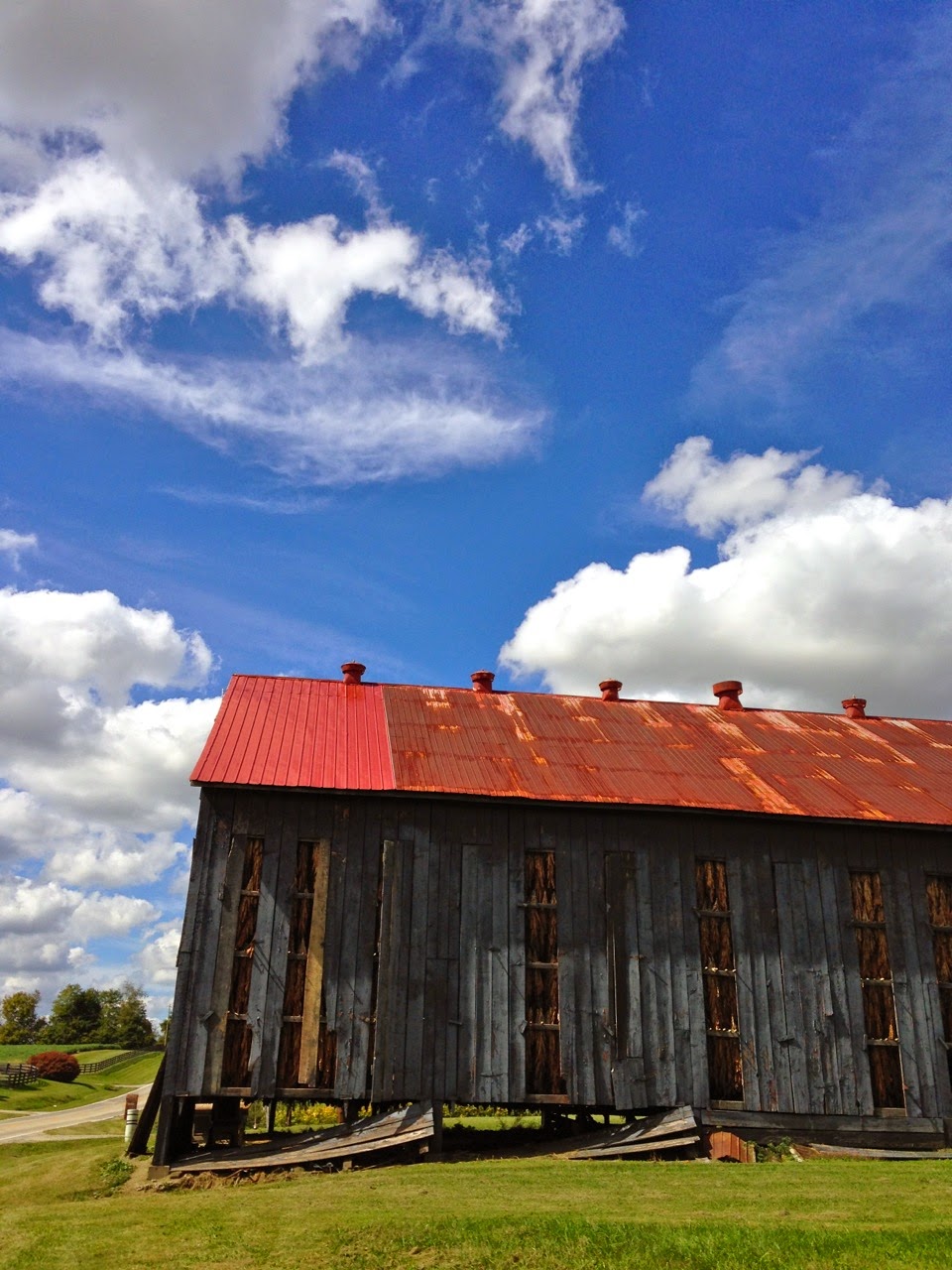 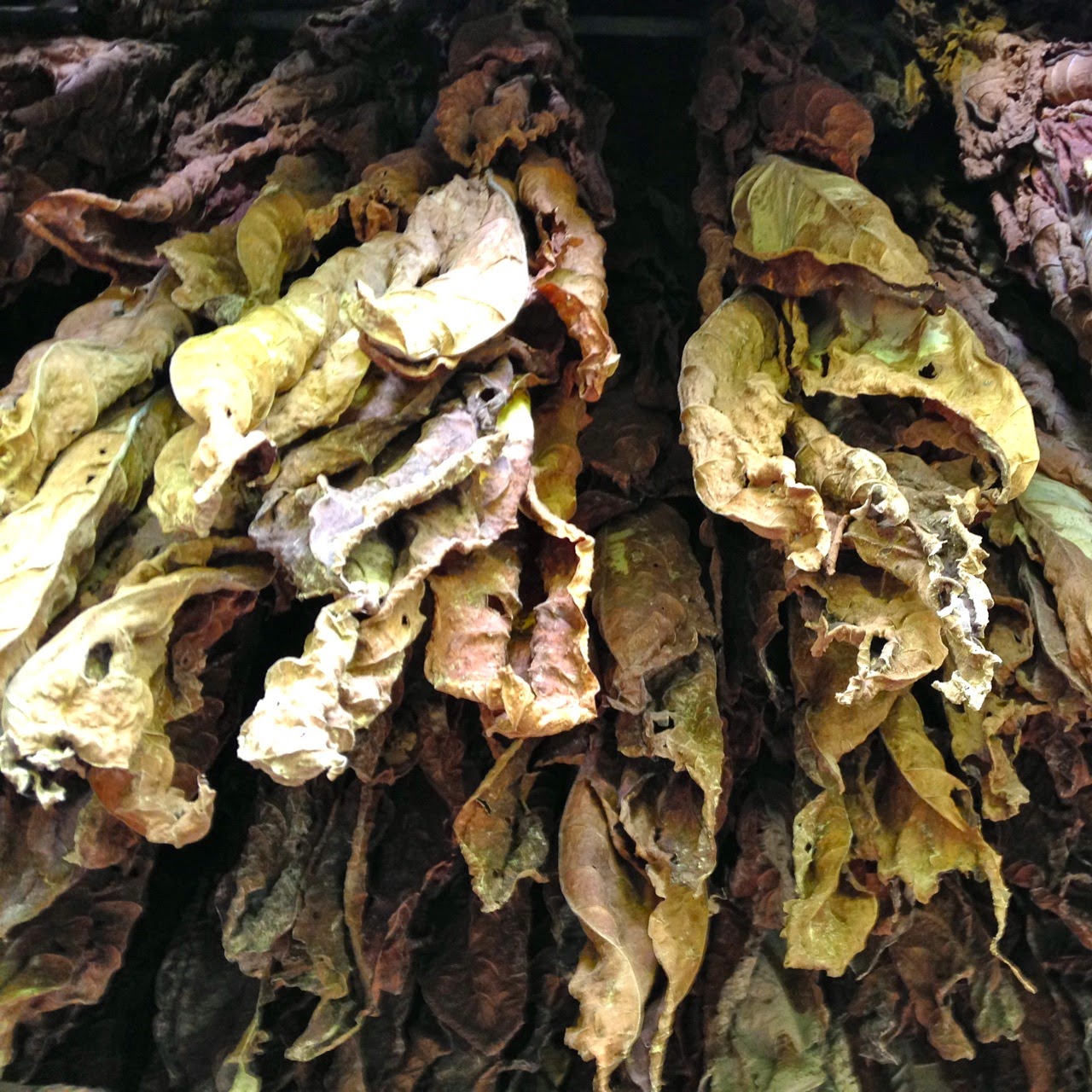 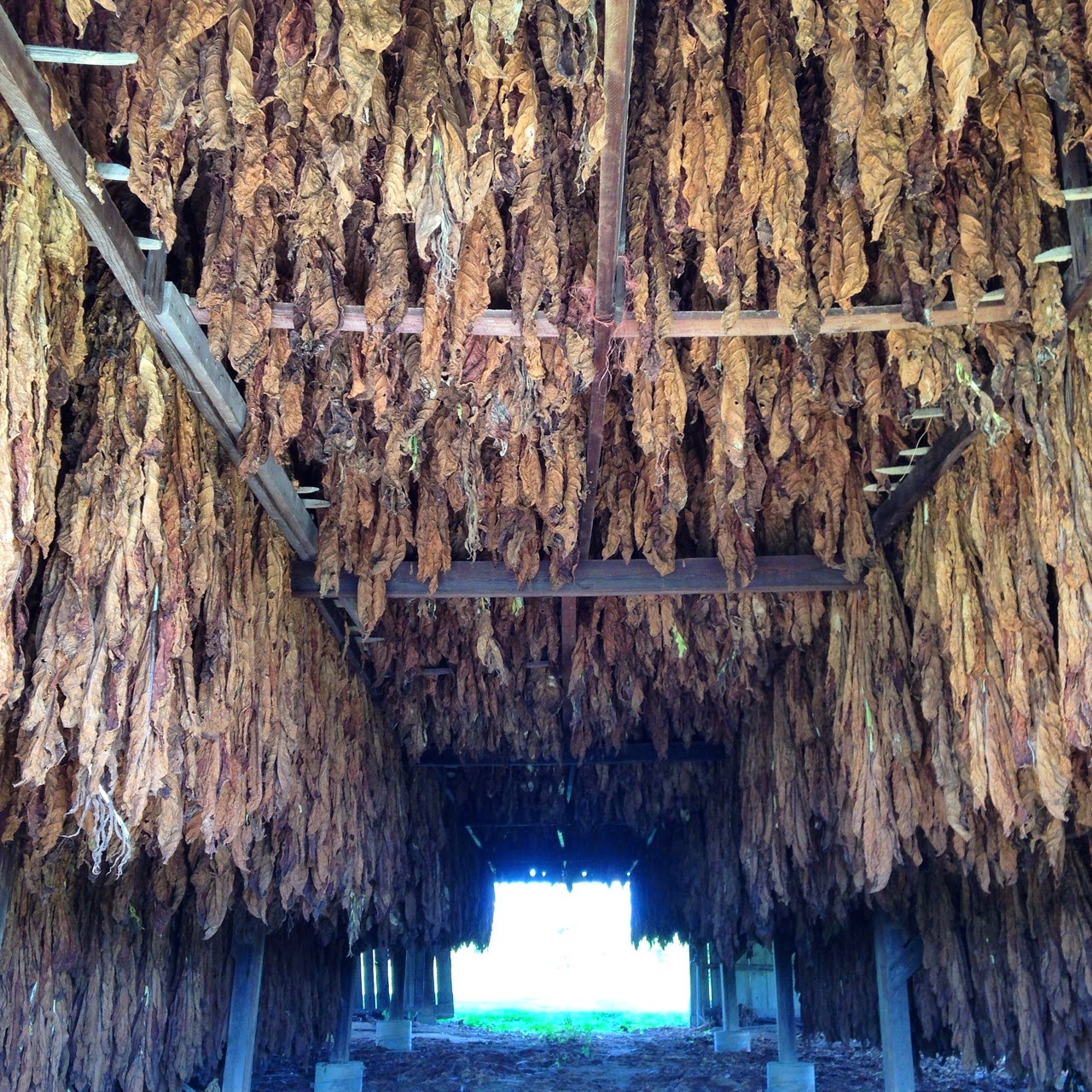 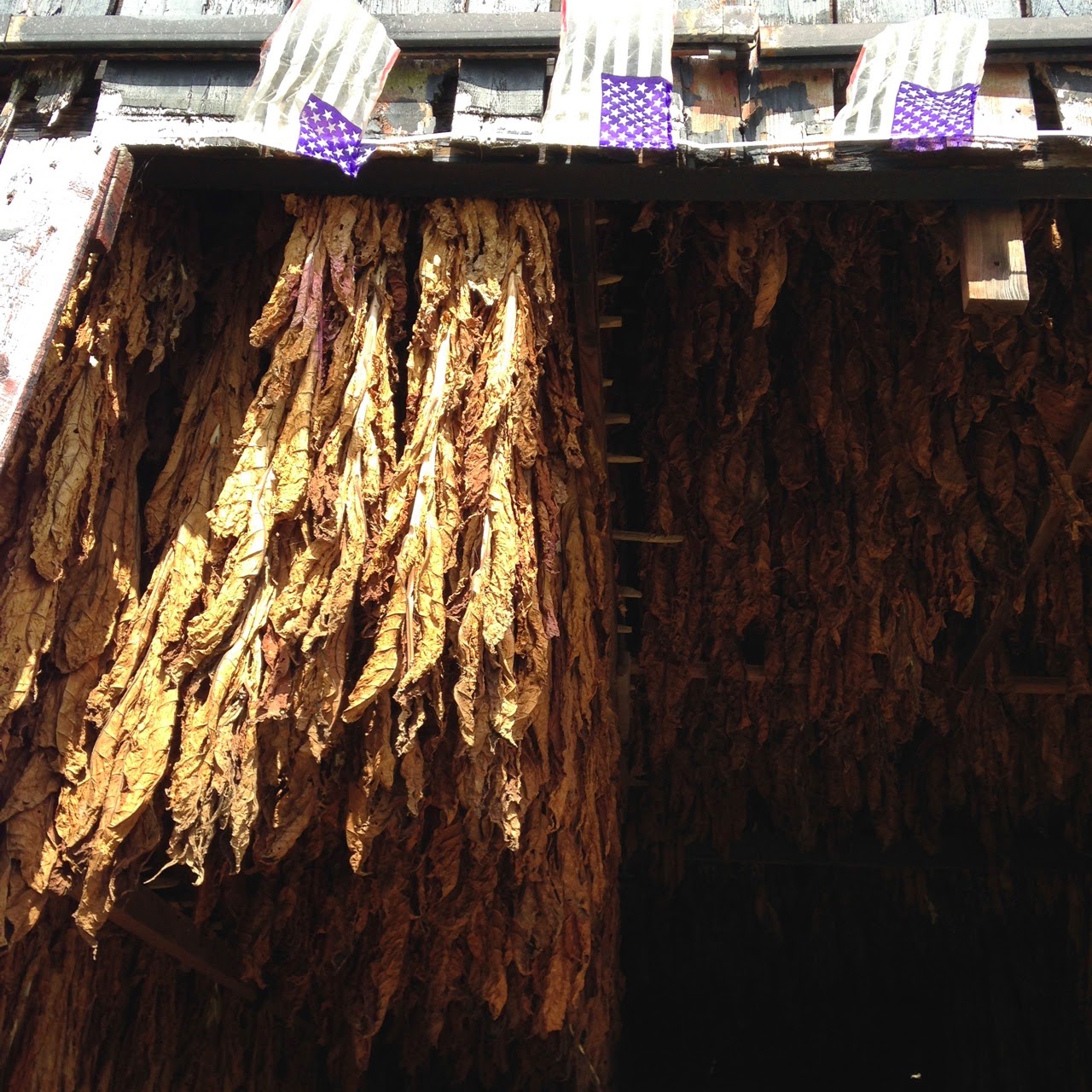 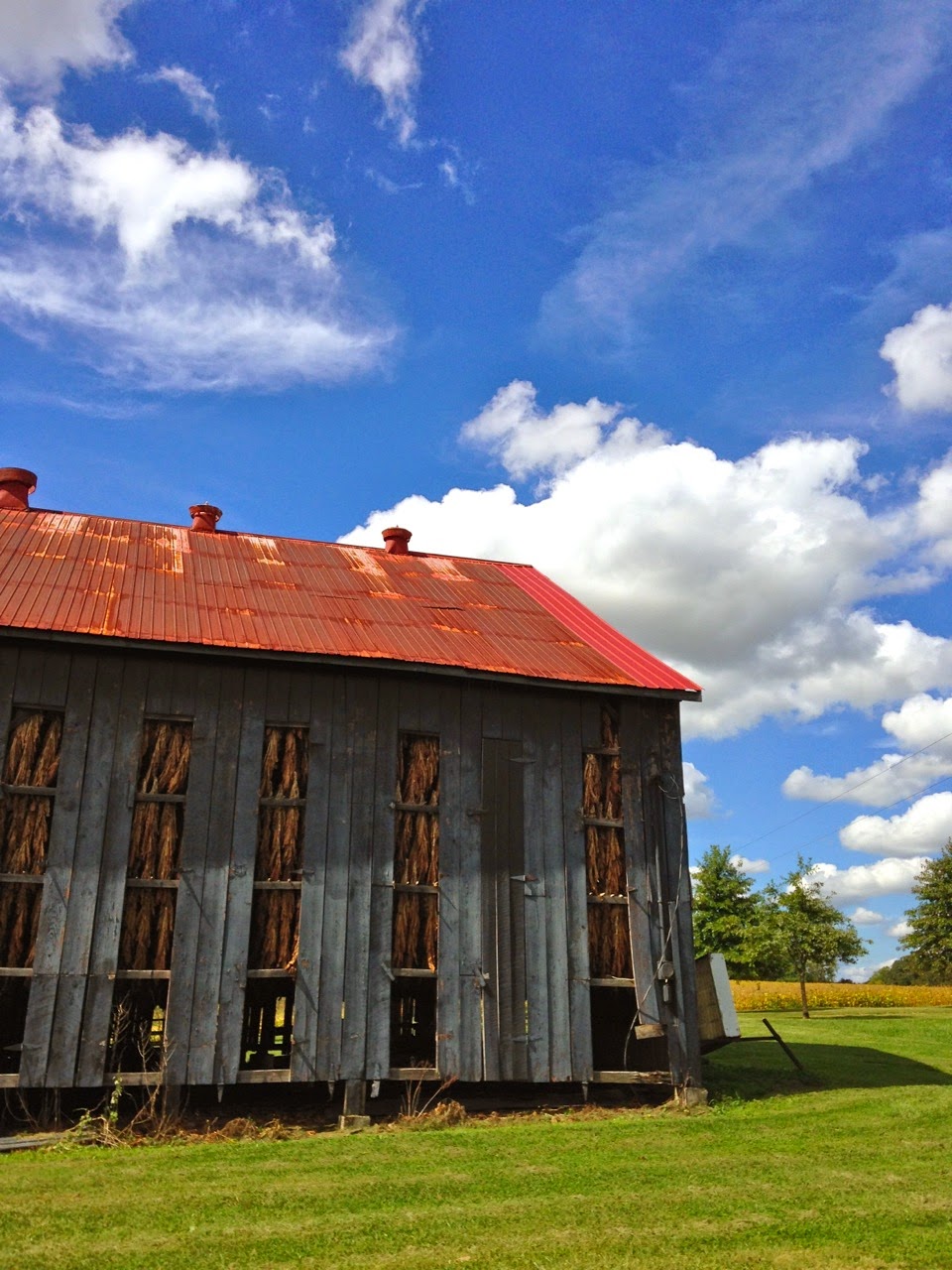 Posted by Debbie Galloway at 7:09 PM No comments:

Did you miss me?

I've been gone – a very long time and a very long way. Ed, Mary and I left on August 31. We dropped Mary off in Brooklyn to begin her new life in NYC and then headed up the east coast. We made our way through Massachusettes, Connecticut, New Hampshire and Maine. We then crossed into Canada and spent time in New Brunswick, Nova Scotia, Prince Edward Island and Quebec.

Almost a month and more than 5100 miles later, we're back home. In every way, it was an epic journey and I'm so glad we made it. I need to clear the cob webs from the house, the weeds from the garden and do some laundry – but then I'll fill you in on the highlights. Stay tuned... 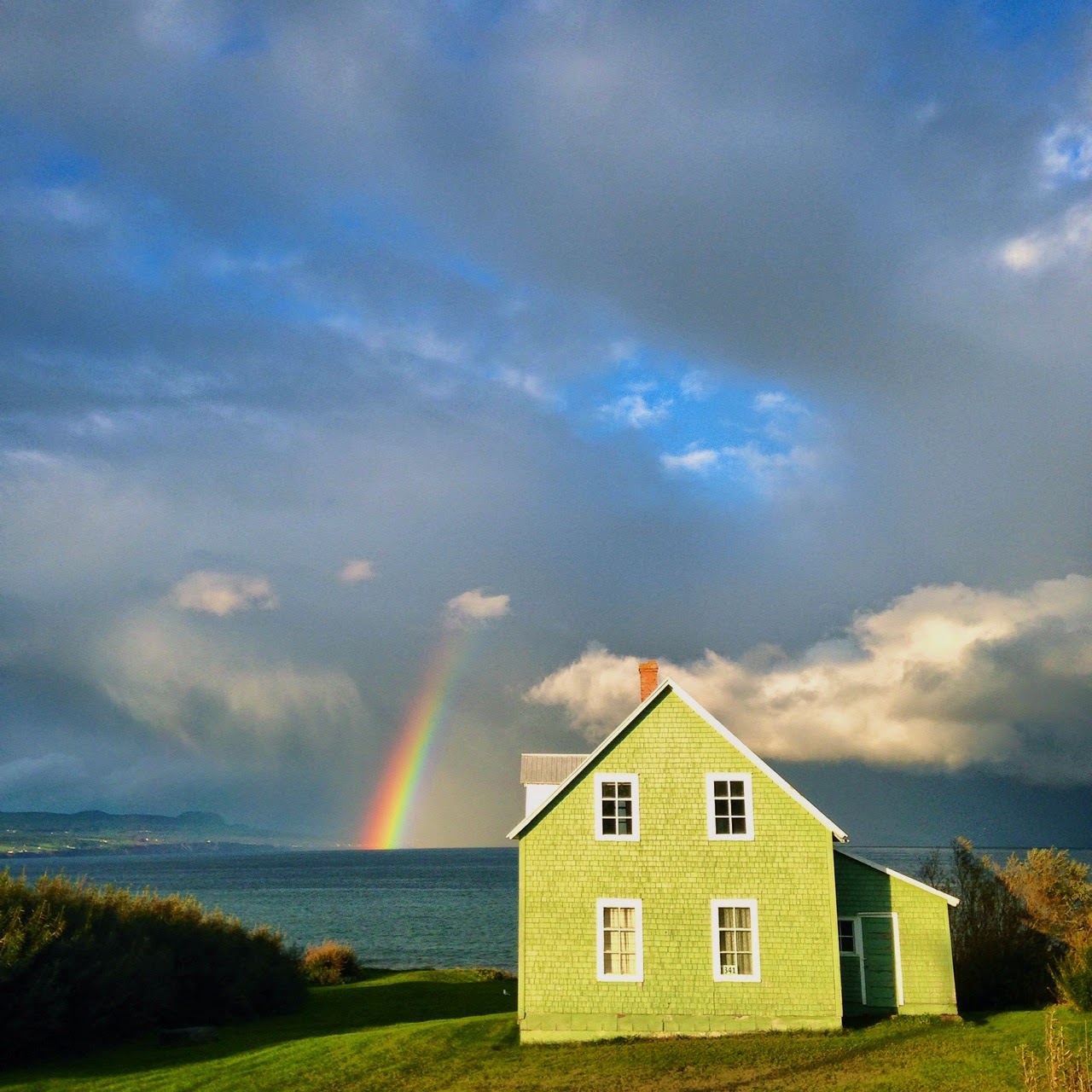 Posted by Debbie Galloway at 2:54 PM No comments:

A Day of Labor

Before Jack headed back to China, he and his dad spent some time chainsawing a downed cherry tree into logs and then splitting them into pieces of the right size for our winter fires. Jack got into a good rhythm and before long, he had a nice pile to show for his work. 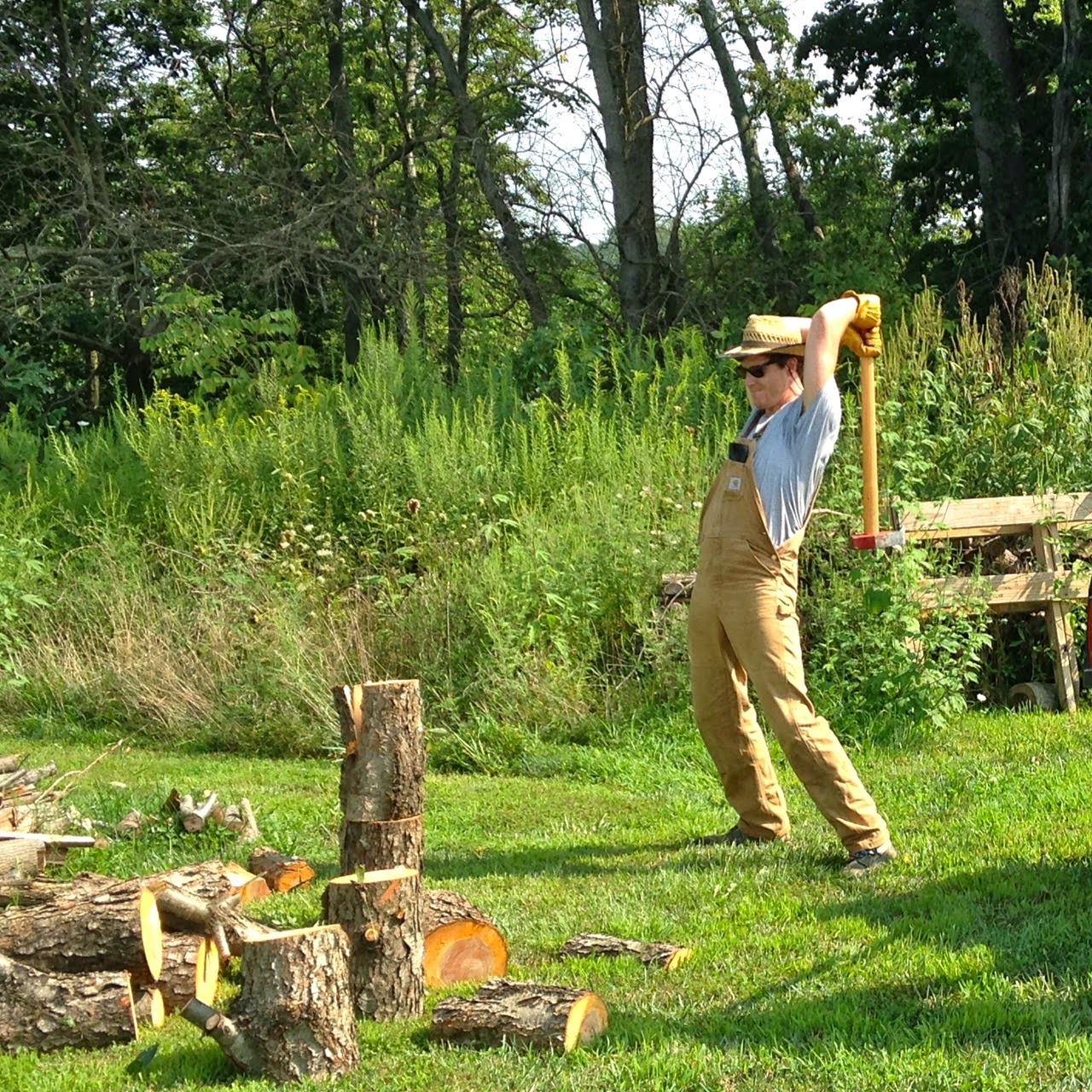 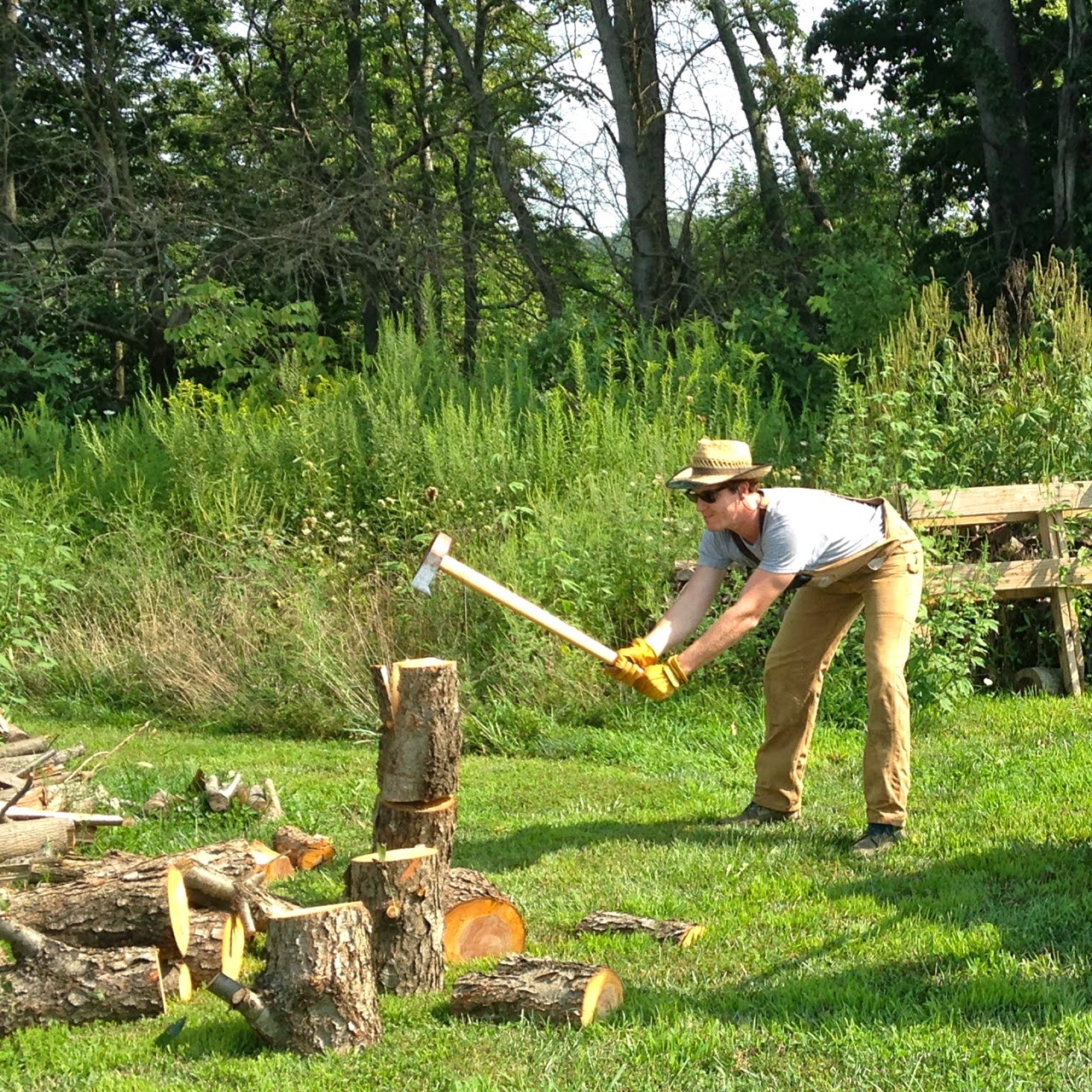 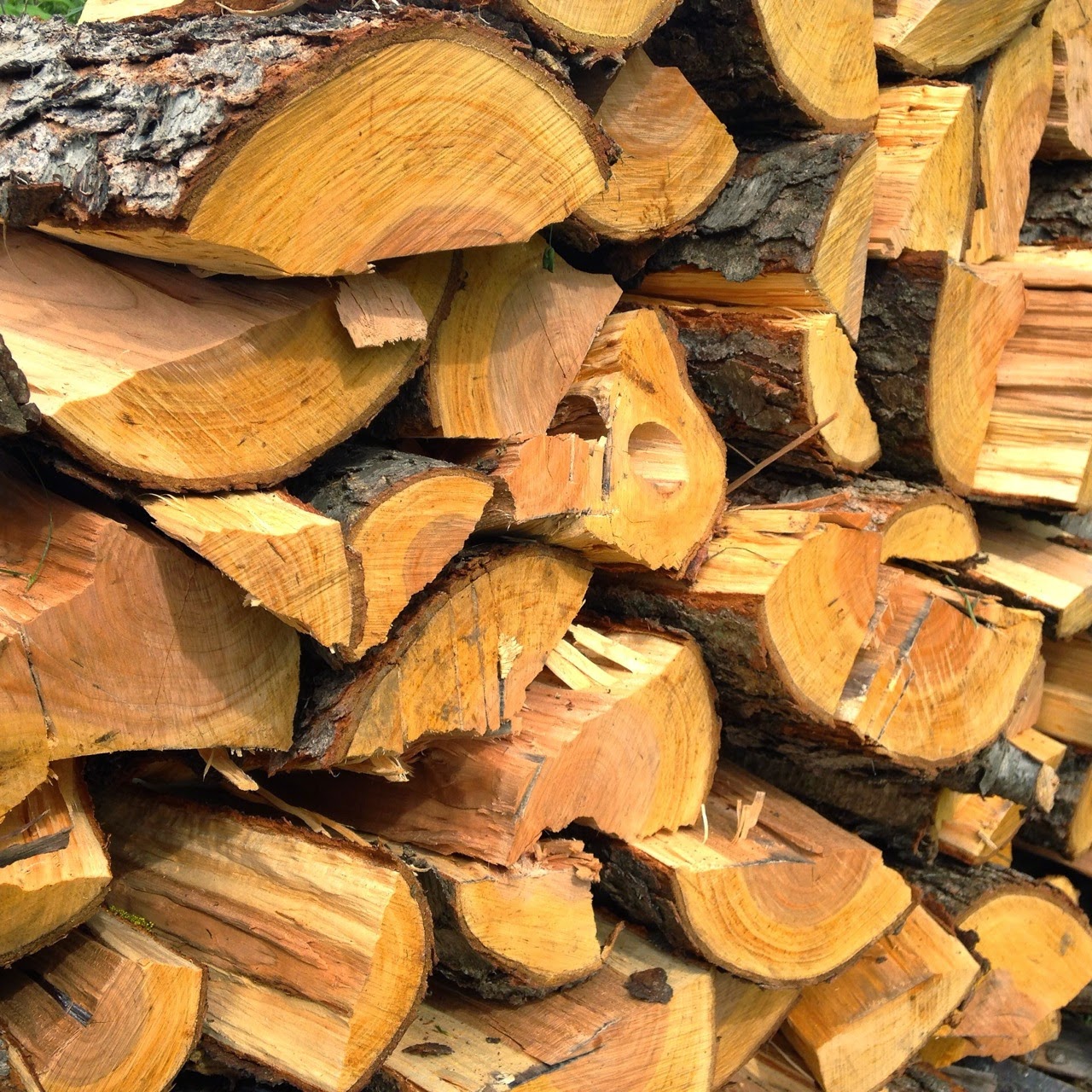 I'll think of him on a cold winter's day and remember the sound of splitting wood.
Posted by Debbie Galloway at 7:47 AM No comments: