For 16 days we wandered the narrow streets of Italy’s southern boot and the length and breath of Sicily, the island just off its toe. We strolled through ancient Greco-Roman ruins, watched sunsets over the sparking seas and vineyard vistas, explored hilltop towns, drank local wine, sought out Sicilian specialties from eggplant caponata to sweet ricotta-filled cannoli, to gelato served in a brioche bun. 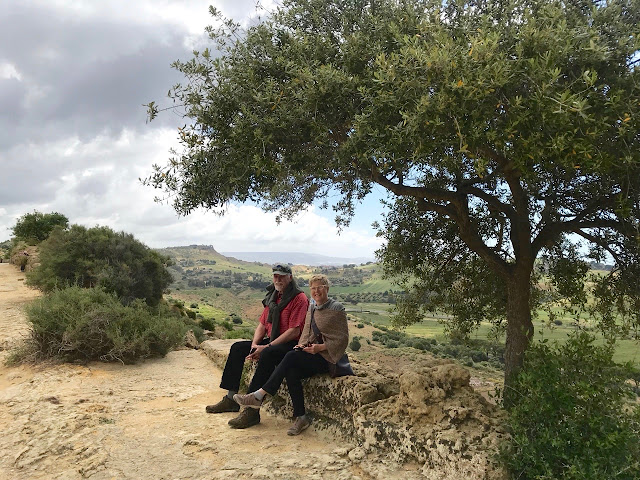 For a full week we enjoyed being with Jack and Kasia, who brought with them lots of laughter and good companionship. 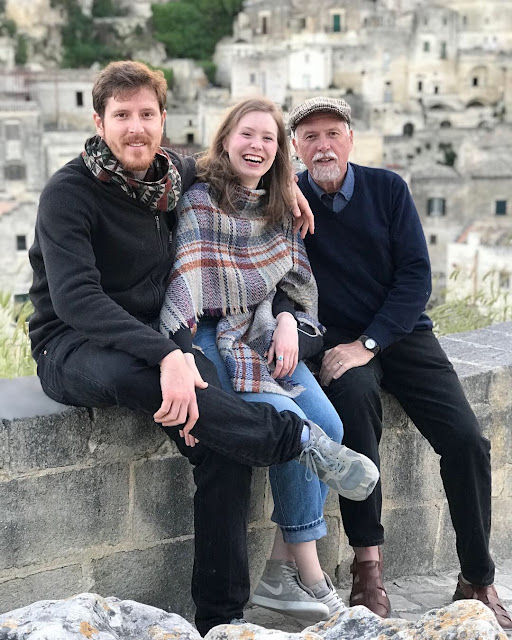 In my mind, the day-to-day details tend to run together, creating a pleasant, somewhat hazy memory of time spent immersed in a world of archeology, gastronomy and friendly people who talk rapidly all the while gesturing wildly with their hands. Just so I don’t forget, here’s our itinerary and some photos of our time together. 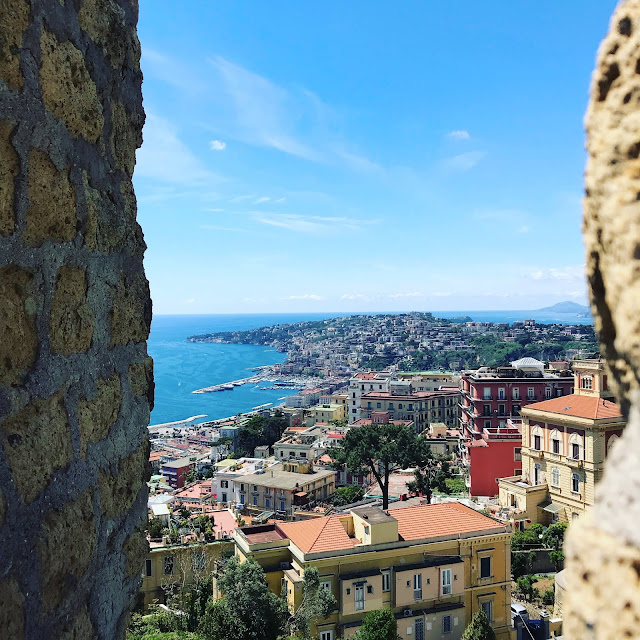 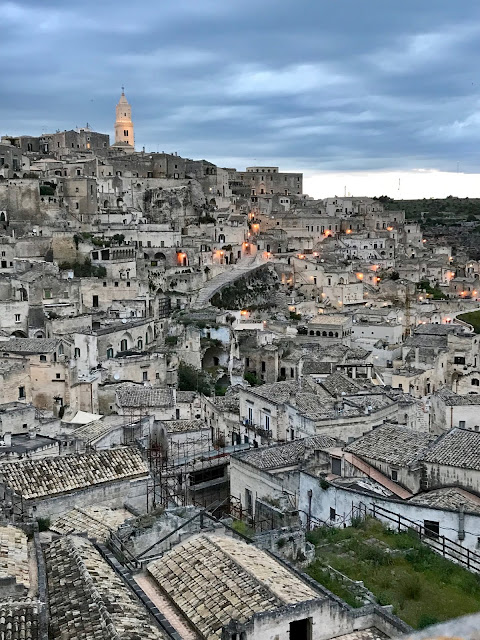 Hotel: Aquatic Cave Luxury Hotel and Spa, rooms are actually in caves
Walking tour: Discovering Matera
Restaurants: Falco Grillaio, antipasti that went on and on (and was delicious) 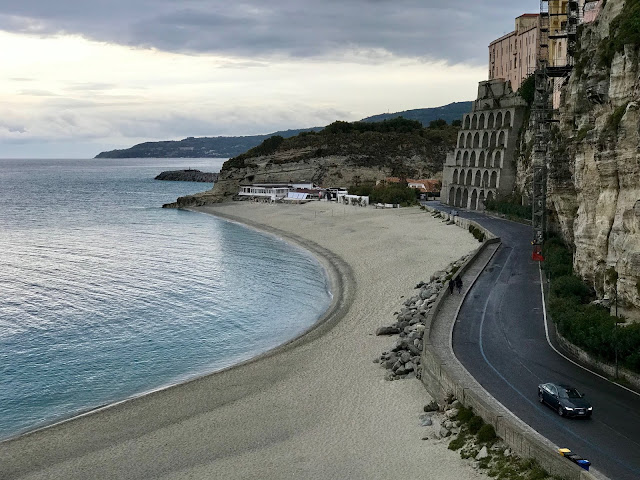 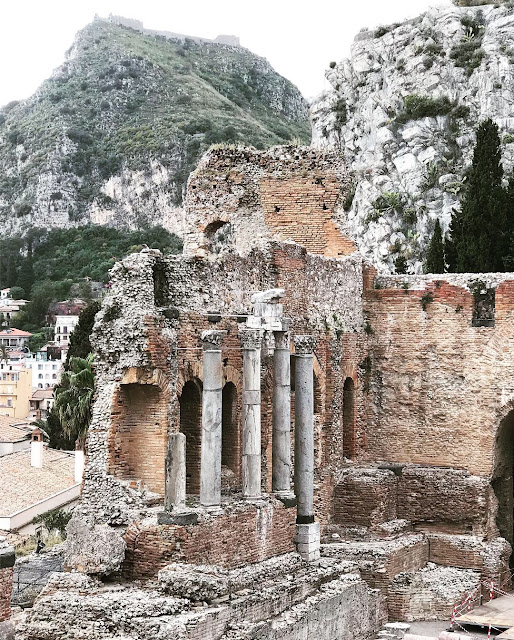 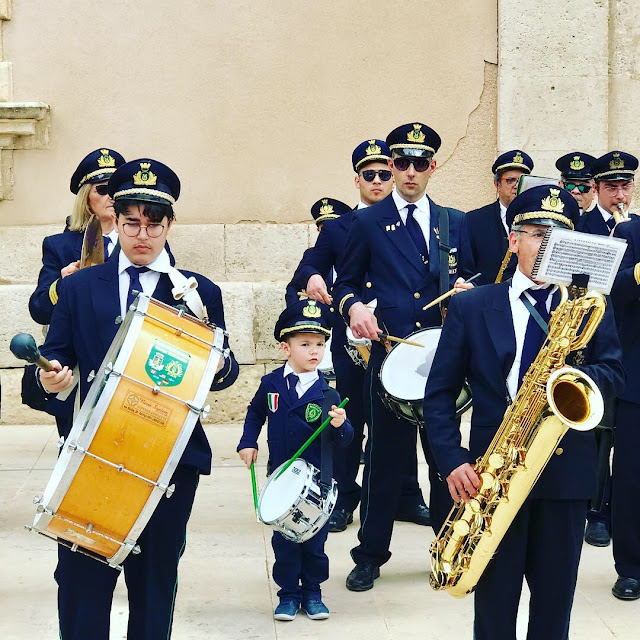 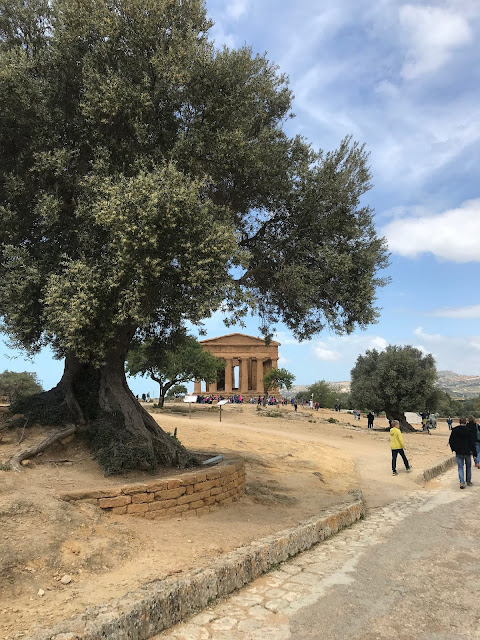 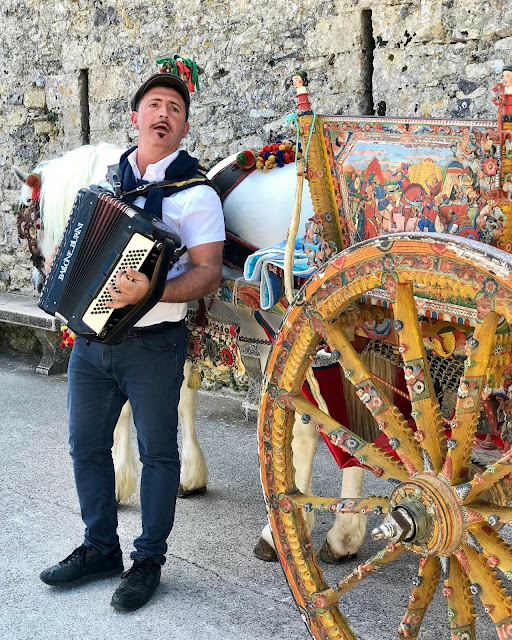 Hotel: Agriturismo Tarantola, idyllic setting, a real farm/vineyard with goats and chickens and a genial host.
Sightseeing: Selinunte Archeological Park, contains five temples centered on an acropolis
Erice, took a cable car up to the charming/historical town
Trapani, strolled through the town, in search of a gelato.
Temple of Segesta, known for its Doric architecture
Castellammare del Golfo, quaint fishing town known for its Norman Arabic castle, built on the sea. 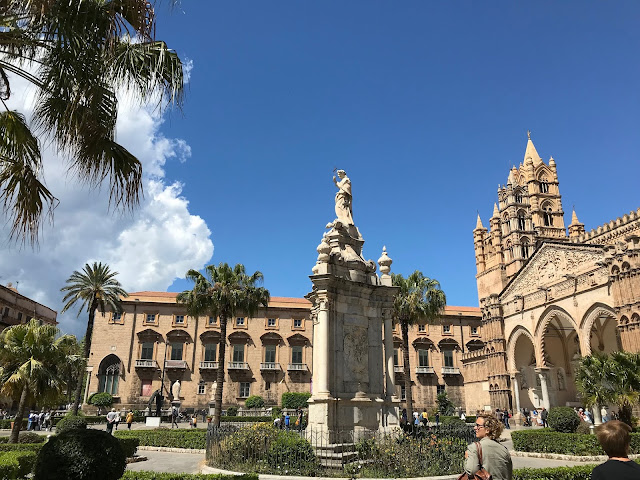 Posted by Debbie Galloway at 5:05 PM No comments: